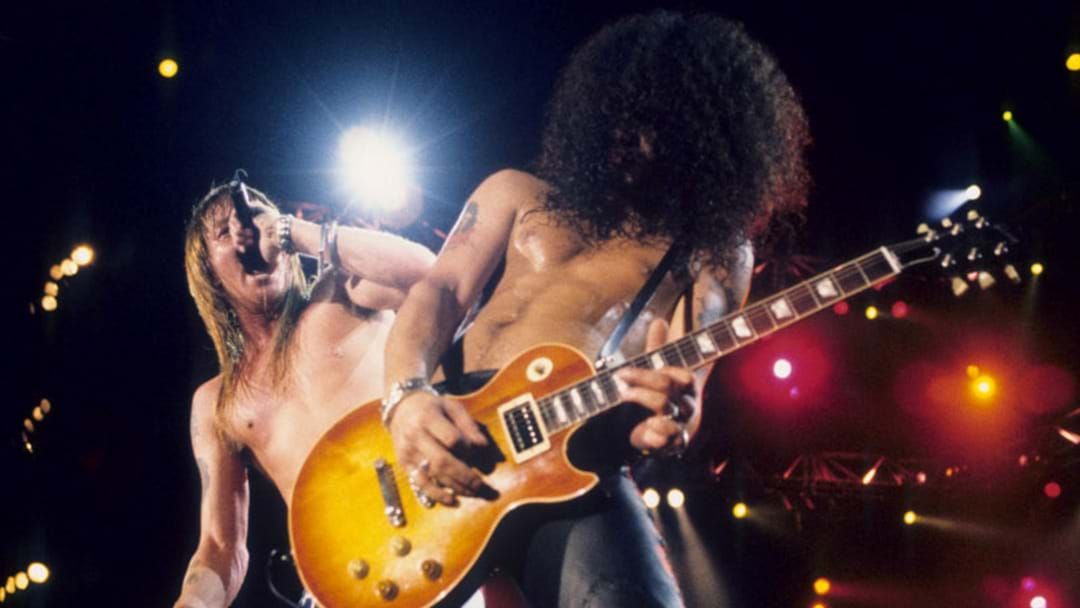 Axl and Slash on the Use Your Illusion tour Photo: Getty Images

In 1991 Guns N’ Roses did something few bands had done in the history of music - they released two studio albums on the same day, at the same time.

It took a while for Axl Rose & Co to come down from the mountain and deliver their stone tablets… but it was worth the wait.

Across the 30 songs the LA rockers covered a diverse set of rock - honky tonk ("Dust and Bones"), Appetite-style hard rock ("You Could Be Mine"), psychedelic ("The Garden"), ballads ("November Rain") and even a couple of covers ("Live And Let Die" and "Knockin’ On Heaven’s Door").

Axl Rose wanted to make a statement with this album - and he certainly did!

1. The Use Your Illusion albums are 2.5 hours long in total.

2. When the Use Your Illusion albums were released, Walmart, one of the largest chains in the US, refused to stock the album because of the explicit material. But in 1998, they agreed to sell an alternative version as a single-disc featuring 12 of the most popular and least objectionable songs. It was called Use Your Illusion. And there are no songs with bad language.

3. Guns N’ Roses have released six studio albums, selling over 100 million albums. The Use Your Illusion albums have sold 35 million in total.

5. In the US, Use Your Illusion came out one week before Nirvana’s Nevermind and one month after Metallica’s self-titled Black album. And it was released on the same day as Ozzy Osbourne’s No More Tears, one of Ozzy’s biggest selling albums. What a year in rock music!

6. The video for "November Rain" cost approximately $1.5million and was paid for by the band, not the record company. An interesting side note: $8000 was spent for the custom-made coffin that Axl’s girlfriend at the time, Stephanie Seymour, laid in.

7. Originally Axl wanted the Use Your Illusion albums to be split up into two x 2 volume sets but the record company said that was ‘over the top’.

9. Nobody in the band knew about the track “My World”, which was a rap metal song Axl wrote and tagged on the end of II.

11. Guns N’ Roses is the only band to hold the top two album spots in the US and U.K. At the same time.

These facts were taken from an awesome music podcast called Dig Me Out, where they dissected the Use Your Illusion albums. For more go to:

GUNS N’ ROSES NOT IN THIS LIFETIME 2017 AUSTRALIAN TOUR DATES:

MELBOURNE - Tuesday 14 February at the MCG, ticketek.com.au or 132 849 with Rose Tattoo and Wolfmother

ADELAIDE - Saturday 18 February at Adelaide Oval, ticketek.com.au or 132 849 with Wolfmother

Matt Sorum On The Last Days Of GN'R