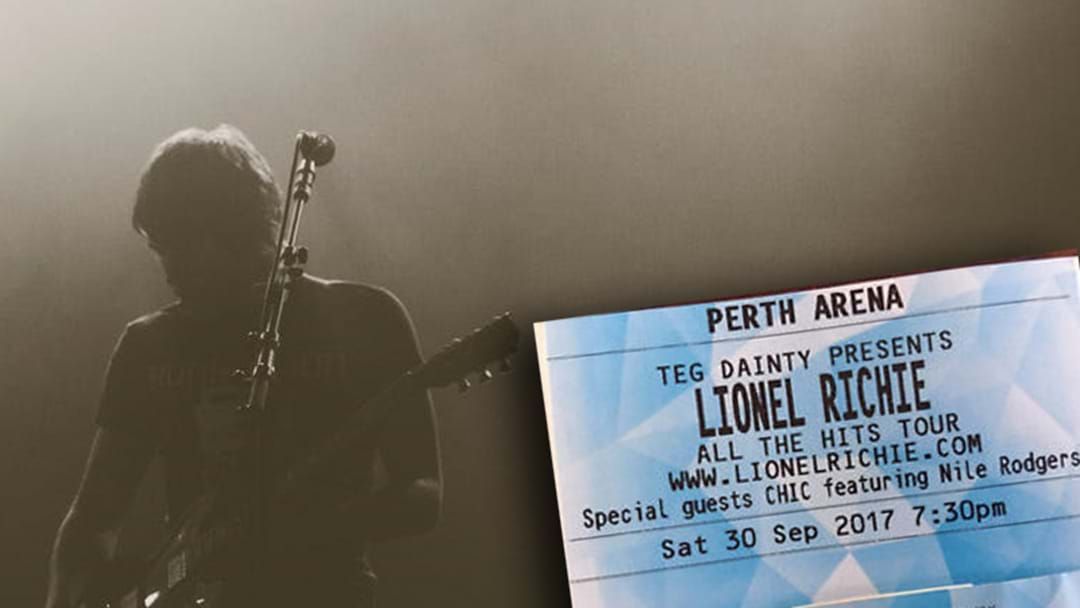 It's Father's Day this weekend, and if you're reading this and thinking "Father's What?", then never fear, we have listed the 10 most essential tickets you could buy your Dad for his big day on Sunday.

In no particular order, here are some of our suggestions.

Fresh from his first ARIA #1 with the album Life Is Fine, Paul Kelly is on fire at the moment and he proved that to us when he joined us for a rollicking performance of his single Firewood+Candles.

He also gave our some of our lucky Mix Club members a treat with a more complete performance. You can watch it here.

The legend is back... again... and we couldn't be happier.

Four words... You're The Voice Singalong

Depending on the age of your Dad, he may have had a thing for Stevie back in the day, during her halcyon days with the legendary Fleetwood Mac.

Her 24 Karat Gold Tour promises something very special. Not just Stevie, but The Pretenders will also be appearing with her, which is two bouts of awesome.

A few of us in the office have witnessed the magic of Lionel Richie live before, and we can assure you, you're in for a treat.

So many hits from the man with an awesome back catalogue of solo and Commodores hits.

Lionel is playing Perth Arena on Saturday 30th September. Also appearing is the one and only Nile Rogers. Super producer and musician (google him, we dare ya).

Massive news with the entertainment machine announcing a big Perth show next year.

What's more, the Perth show is the last of his Australian tour. So you know it's going to be big

The man... a songwriter extraordinaire.

He's playing Perth Arena on Wednesday 22 November, his first visit to Perth in a long time, and seeing the tour is called A Cat’s Attic “Peace Train Tour” - you can guarantee that it's a show that will be chock full of his greatest hits.

Speaking of legendary songwriters... you wouldn't go far wrong in suggesting that Paul could be the greatest of all time.

The ex-Beatle brings everything to Perth for the first time in a very long time. And we can't wait.

In case you missed the news, Eskimo Joe have announced not one, but two big shows with our very own WASO early next year.

All those hit Eskies songs, with an orchestra to boot. Sounds perfect!

We even got Kav and Stu in to chat about it.

The match made in heaven happens next February, 23rd and 25th to be exact.

The legendary Aussie rockers are back in action and tearing it up live overseas. Finally, Perth gets its turn to re-live the magic that is The 'Oils, live and loud.

They're playing Perth Arena on Saturday October 28. With Spiderbait, no less.

Fresh from the news that more tickets have been released for the first big gig at the new Perth Stadium, any music fan will love the experience of Ed Sheeran. His back catalogue is already full of radio staples, so it's guaranteed to be a big party!

Okay - this is the one where you'll need to get creative, as technically, tickets have not been released yet and won't be until next Friday September 8, so you'll have to make up some sort of voucher for Father's Day this Sunday...

But trust us... the word from his last show in Perth some 5 years ago, is that this is one you'll never forget. Seeing the Pink Floyd legend live.

So, seeing tickets aren't out yet, you'll need to do up some sort of said voucher. But it will be worth it... trust us.

Have your say... Join The Mix Club