18 Million RAT Kits To Be Distributed Across Queensland Today 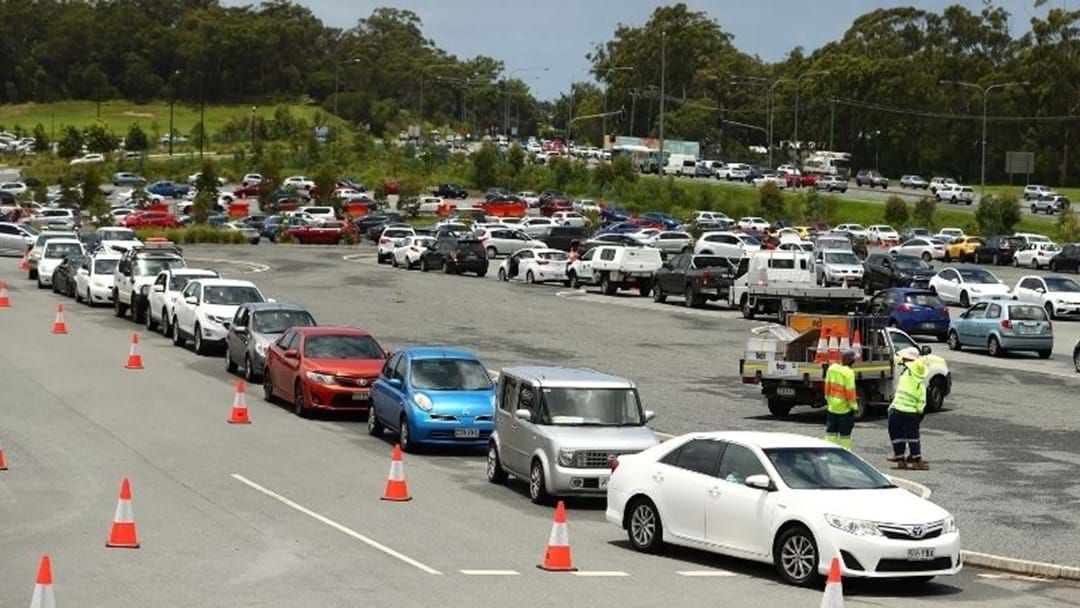 The state government is today rolling out a large portion of the 18 million rapid antigen tests allocated to Queenslanders.

The state government hopes the sudden influx of RAT kits will help to take some of the pressure of the currently strained testing system.

Some of the RAT kits will be available at testing clinics for close contacts, while others will be distributed through pharmacies.

Brisbane will also be opening a further six clinics to help shorten the massive lines at other testing facilities.

The large delivery of tests comes as the state yesterday recorded 6,781 new cases with the real number of cases likely to be much higher as people refuse to get tested to avoid the excessive lines for PCR testing.

People have been seen to be lining up in cues for house with some people cueing in their cars from 3AM this morning at the Mount Gravatt clinic.

The long wait times are beginning to send some people over the edge with an altercation breaking out at a testing clinic at Murrarie in Brisbane’s east yesterday.

After waiting for several hours, traffic controllers told the long line of people cueing in their cars to head home and come back in a few hours.

A woman in a small vehicle refused to leave the line, which resulted in a man verbally abusing her before ramming her car with his truck.

Health Minister Yvette D’Ath has asked people who are asymptomatic and close contacts to stay home and avoid PCR lines to ease the pressure.

Despite the Heath Minister’s pleas and new rules stating a positive rapid antigen test is enough to prove you have Covid, hundreds are continuing to attend PCR testing clinics.