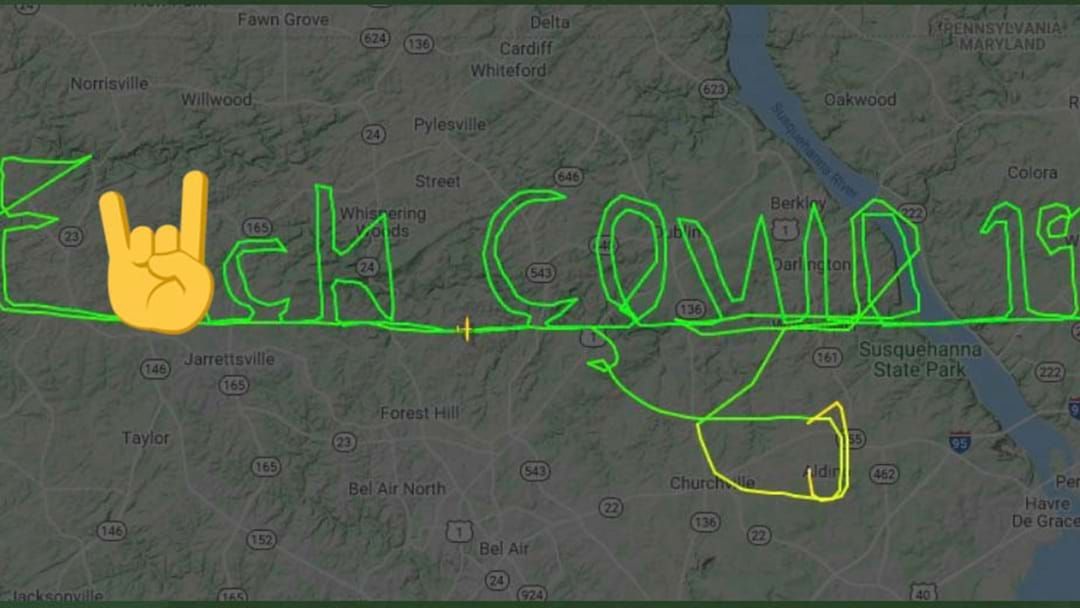 We're not afraid to admit that we get a kick out of seeing bored pilots tracing genitalia - well, let's be frank, it's normally a dick-and-balls combo - across the sky.

But a young pilot in the US has ditched the classic gag in favour of telling COVID-19 exactly where to go and, as usual, it was all caught on FlightRadar24.

"We're just going to leave this here," they wrote in a Tweet with the accompanying flight path traced in bright green.

According to the Washingtonian, the pilot responsible for the rather blunt flight was 19-year-old Greggor Hines, who took an hour and 15 minutes to trace the phrase out over Maryland in his dad's plane.

"We'd just got a new compass in the airplane and I just had to c heck it out somehow," he told the paper.

He added that he settled on "F*ck COVID-19" as it help to "express how he felt".

Plane fans have taken to Twitter to compliment the youngsters "efficient aerial penmanship", which you can watch in the map video below.