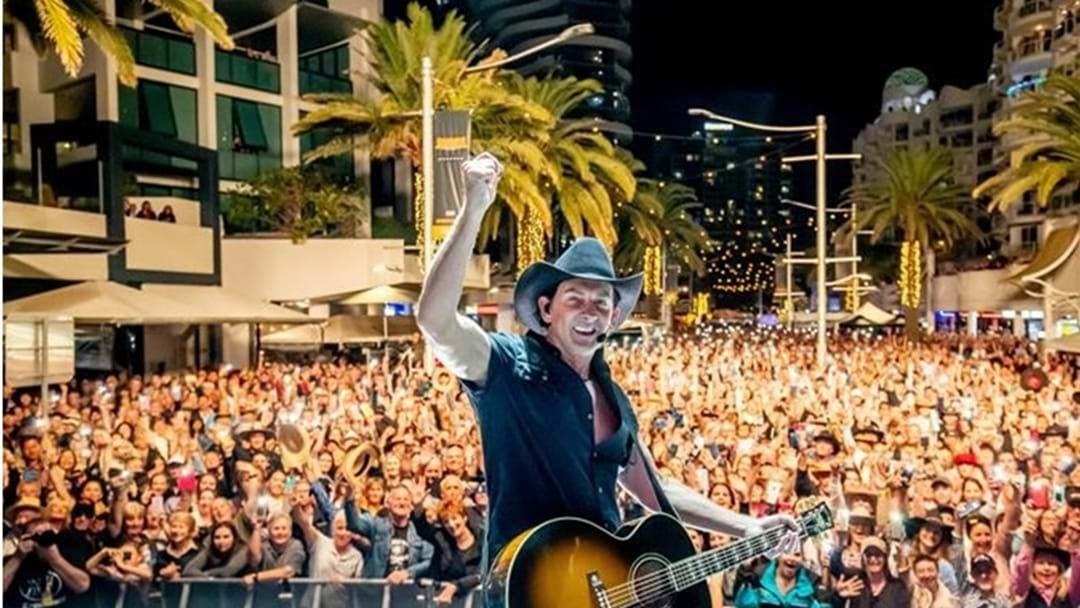 Groundwater Country Music Festival broke records on the weekend, with more than 70,000 attendees soaking up the winter warm sunshine on the Gold Coast while enjoying some memorable shows from their favourite acts including the Davisson Brothers Band (USA), Adam Eckersley Band, The Wolfe Brothers, and Fanny Lumsden.

The queen of Australian country music, Beccy Cole, performed an incredible set on Sunday night which got crowds pumped for homegrown Gold Coast local success story Lee Kernaghan who closed out the festival in rockin’ style. Kernaghan’s performance left no doubt as to why he is the undisputed ‘King of Country’…he left fans who had travelled from across Australia and around the world happy and sated to leave the Gold Coast with long lasting happy festival memories.

“I’ve just come off stage at Groundwater 2019 and I just wanted to say to every single person who has come from all over Australia to be part of this epic event, it was absolutely legendary and I can’t wait to do it again,” said Lee Kernaghan after his Sunday night performance.

50 acts performed across 15 stages throughout the festival in Broadbeach’s bars, streets, and parks with the stunning beach as the stage backdrop. All live and all FREE!

Groundwater may be over for this year but you can still vote for your favourite artist here for the inaugural P&O Cruises People’s Choice Awards. Vote by 5pm on Tuesday 30th July to go in the running to win the ultimate holiday for two on P&O Cruises ‘Country Cruise’ sailing from Brisbane in December 2019.