Rock News25 Years On, Michael Hutchence's Tribute To Elvis Still Stands Up As One Of The Great Tributes

25 Years On, Michael Hutchence's Tribute To Elvis Still Stands Up As One Of The Great Tributes 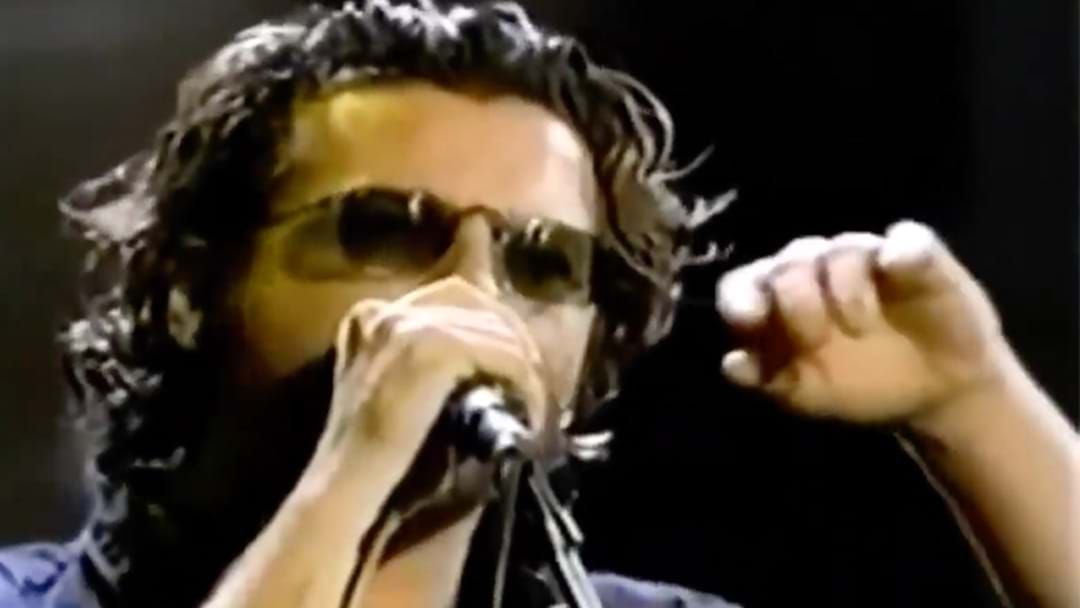 On this day, 25 years ago, late INXS frontman Michael Hutchence performed a rocking tribute song to the great Elvis Presley that, to this day, stands up as truly a great live performance.

The concert - called It's Now Or Never: The Tribute To Elvis - was reportedly the first tribute concert approved by the Elvis Presley Estate, and was broadcast around the world.

It featured such luminaries as Iggy Pop, Chris Isaak, Bryan Adams and Cheap Trick (amongst many others).

Amongst all those legends was our very own legend, the great Michael Hutchence.

The song he performed above - Baby, Let's Play House - was one of the more obscure of Elvis's huge back catalogue of hits, but we reckoned he nailed it.

It's a timely anniversary, with the Richard Lowenstein documentary masterpiece that is Mystify: Michael Hutchence set for release in UK and US markets. It's also about to be released on DVD here in Australia and will be shown on ABC in November.

Two generations of Aussie Rock, Dave Gleeson and Matty O bring you the Oztober Aussie Lunch every day this month, talking to Australia's best musicians and sharing stories from the road.
OzTober is a 31 day celebration of Australian music for the month of October that ends with a huge Triple M Garage Session with The Angles, Baby Animals, Diesel & Boom Crash Opera performing live in Melbourne on Thursday October 31.
Triple M Aussie music lovers across Australia can enter to WIN their way to this huge live music event, Oztober Garage Session by simply entering on the Triple M / mix94.5 / Gold FM / 2GO app.
Download our app from iTunes or Google Play