Two have been seriously injured 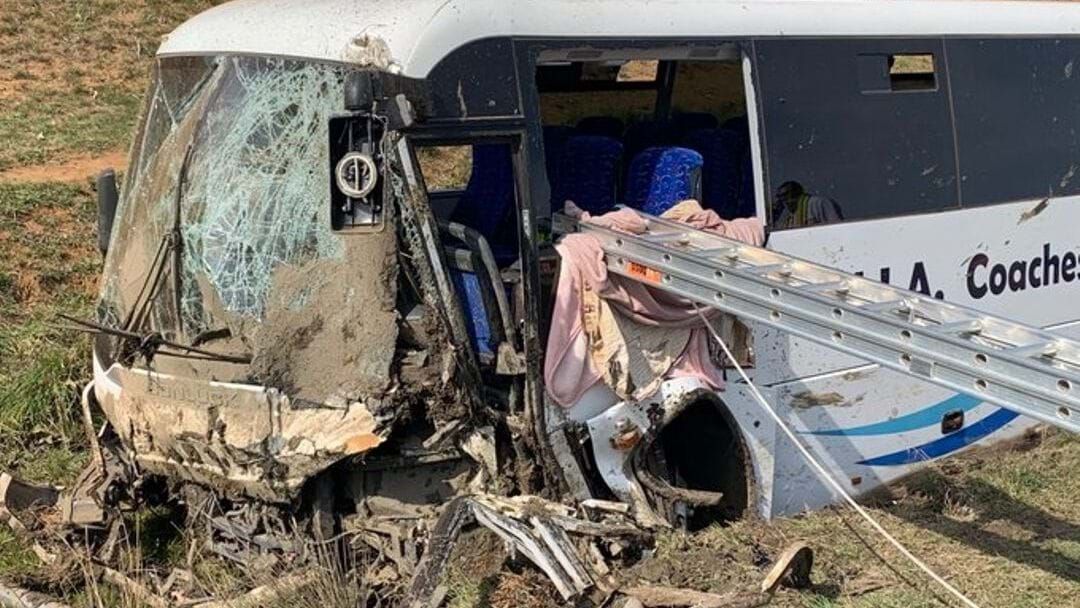 A 65 year-old woman and an eight year-old boy have been airlifted to hospital with serious injuries following a bus crash near Harden.

NSW Ambulance are currently treating multiple patients, after a bus carrying what is believed to be a Griffith church group, crashed approximately 125 Kilometres from Canberra.

The eight year-old boy, who has suffered severe leg fractures and the 65 year-old women have been transported to Canberra Hospital for further treatment, while the other 26 passengers have been taken to Harden Hospital for treatment of minor injuries.

The severity of the crash meant passengers had to climb through the windows to escape the damaged bus, which was operated by Griffith based company MIA Coaches.

There are six paramedics on the scene attending to injuries, while the bus driver assists police with further information.

The road is open, however, it has been reduced to a single lane so drivers are being advised to drive carefully when passing through.

If you missed the show this morning, tune into the podcast below...