2GO's Rock At The Races

2GO's Rock At The Races 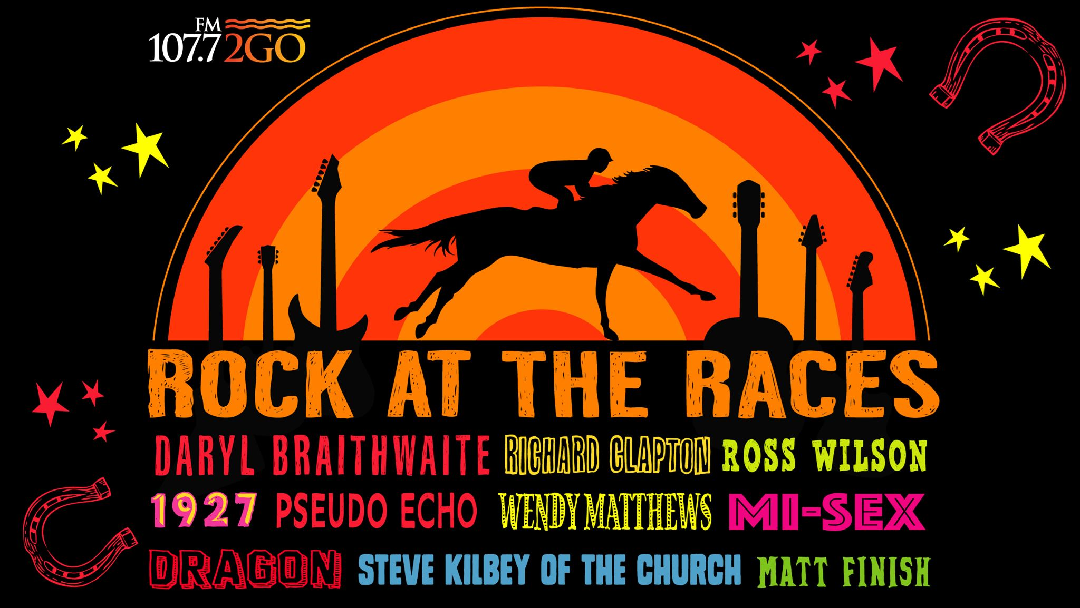 107.7 2GO and Empire Touring are thrilled to announce, ROCK AT THE RACES! Landing in Gosford this Roctober! Get ready to be transported to Oz Rock heaven with a blockbuster line-up, delivering your favourite superstar acts of the 80s and 90s coming together for one day only at the Entertainment Grounds, Gosford!

ROCK AT THE RACES will be SIX HOURS of jam packed hits and memories from ten of Australia’s most well-loved 80s and 90s hit makers gracing the stage and taking a whole generation back to a time when rock ‘n roll was a way of life and there wasn’t a camera phone in sight. There’s sure to be a whole lot of reminiscing and more than a few sing-alongs from the enthusiastic crowd!

What: 2GO's Rock At The Races
When: Saturday, October 26th
Where: The Entertainment Grounds, West Gosford

Listen Live & Catch Up On Your Favourite Shows on the 2GO FM App!
App Store OR Google Play