$77M Worth Of Heroin Seized In Historic Perth Drug Bust 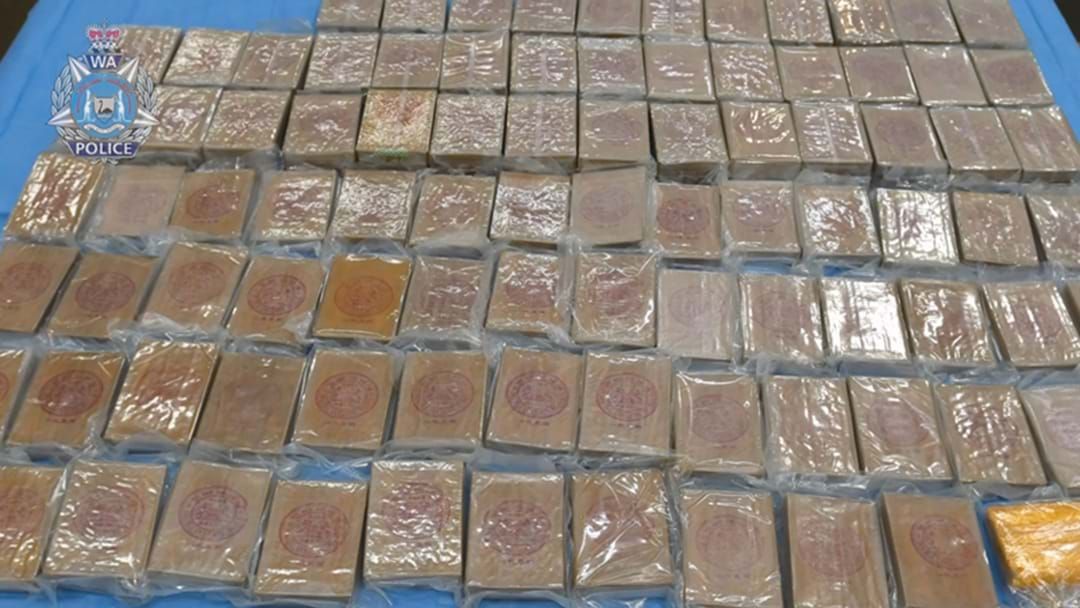 77 kilograms of heroin were stopped from hitting Perth’s streets with five men, allegedly tied to foreign crime syndicates, being charged.

The drugs were found inside industrial kitchen equipment, destined for a Bibra Lake warehouse, after a tip-off from Taiwanese officials. Western Australia Police Acting Commander, Tony Longhorn, said it was one of the biggest drug discoveries in the state's history.

“The seizure of such a large amount of illicit drugs, in particular heroin, in this instance, removes a significant amount of harm from our community. Make no mistake, this was destined for the streets,” the Acting Commander said.

Over 400 packages of heroin were discovered amongst the equipment and would have had an estimated street value of $77m. The Australian Federal Police believe that as many as 38 drug-related fatalities may have been prevented by the bust, with recorded averages showing one fatality per 2kg of heroin in circulation.