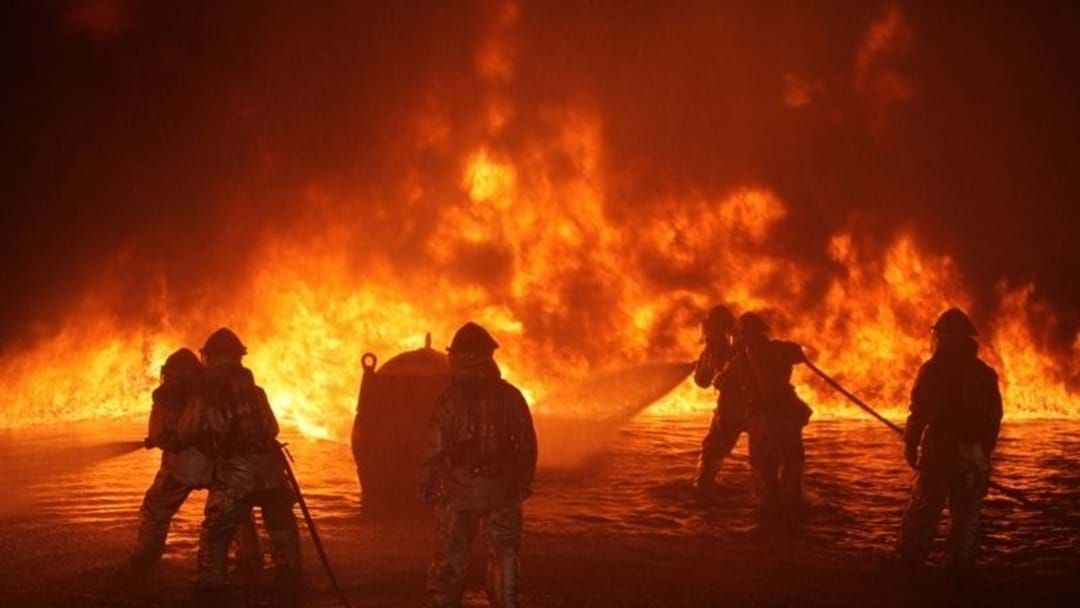 Fire crews engaged in a four hour long battle with a blaze at a large Kooragang Island fertiliser facility yesterday.

Around 18 crews and 80 firefighters rushed to the Egret Street site to bring the fire under control, with the flames spilling toxic fumes into the air.

The out of control blaze forced nearby businesses to evacuate, while the railway was also interrupted as a result.

Firefighters were unable to use water on the largely sulphur-based material, instead opting to send in the hazmat team to remove the material before extinguishing it.

A total of twelve people were affected by the fumes, with one man being treated for over-exposure to his eyes.

Authorities are continuing to monitor air quality, while the cause of the fire is still being investigated.