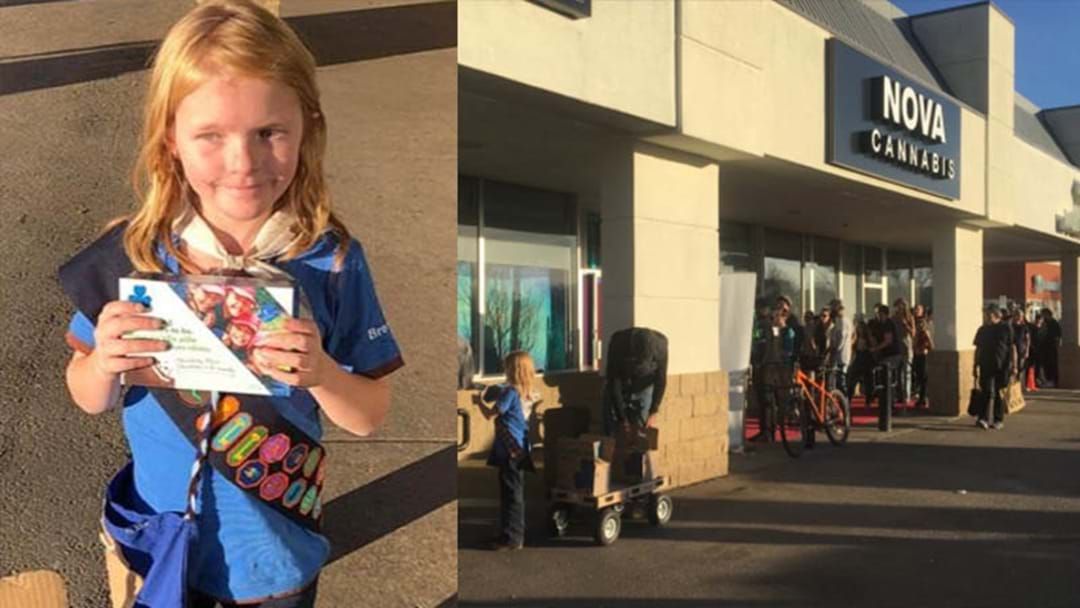 A 9-year-old has decided to take advantage of Canada’s new legislation regarding marijuana, by setting up a cookie store outside dispensary this past week.

The Canadian government passed legislation that legalised the recreational use of marijuana earlier this year, and those laws came into effect on Wednesday.

Young Elina Childs, decided to take advantage of the soon-to-be hun try customers and sold-out all her stock in just 45-minutes.

"While driving, we saw how long the lines were at the dispensary, and we just stopped to sell the cookies there,” dad Seann Childs told CNN.

"She didn't quite understand what the big deal was.”

"She was just selling cookies in her mind, but everyone was so happy to see her, and kept congratulating her."