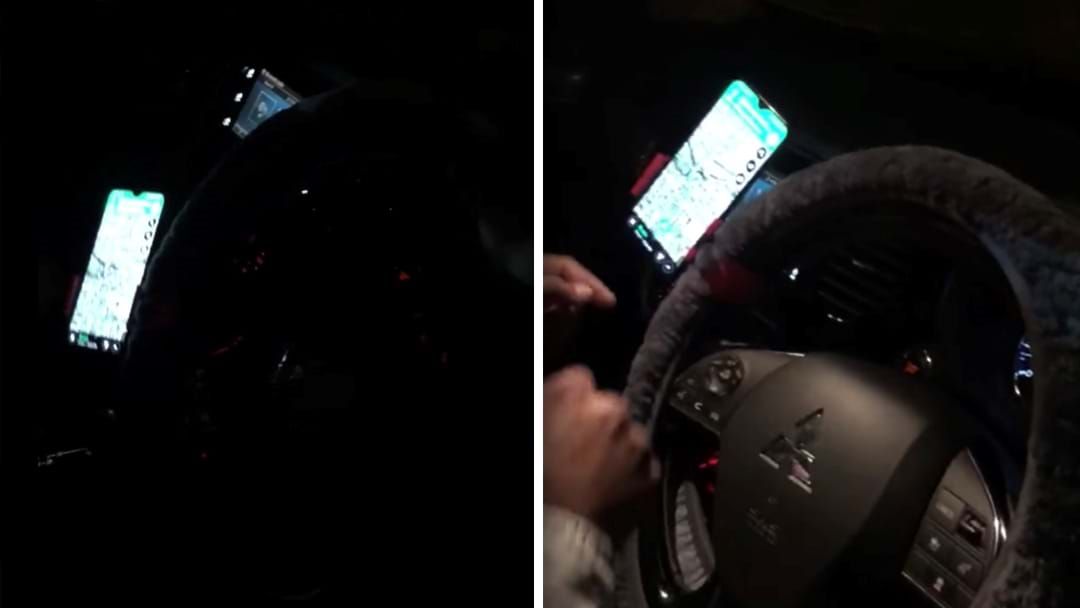 A bloke in Sydney’s west lost 24 demerit points in one crack on the weekend after being caught with his phone taped to his steering wheel so he could follow the cricket.

The 33-year-old was caught on the Cumberland Highway doing 96km/h in a 70km zone on Sunday night.

Officers found the bloke had taped his phone to the wheel so he could follow the India v Australia game in the world cup.

“There is a mobile phone on your steering wheel. So you can’t have that,” a cop is heard saying in the video.

“That’s so dangerous. I have never seen that before in my life.”

Police also found a two-year-old in the child treat that wasn’t restrained.

Given Sydney’s double demerits on the Queen’s Birthday long weekend the bloke copped eight points for going more than 20km over the limit, 10 for using the phone and six for the unrestrained child for a total of 24 demerit points.