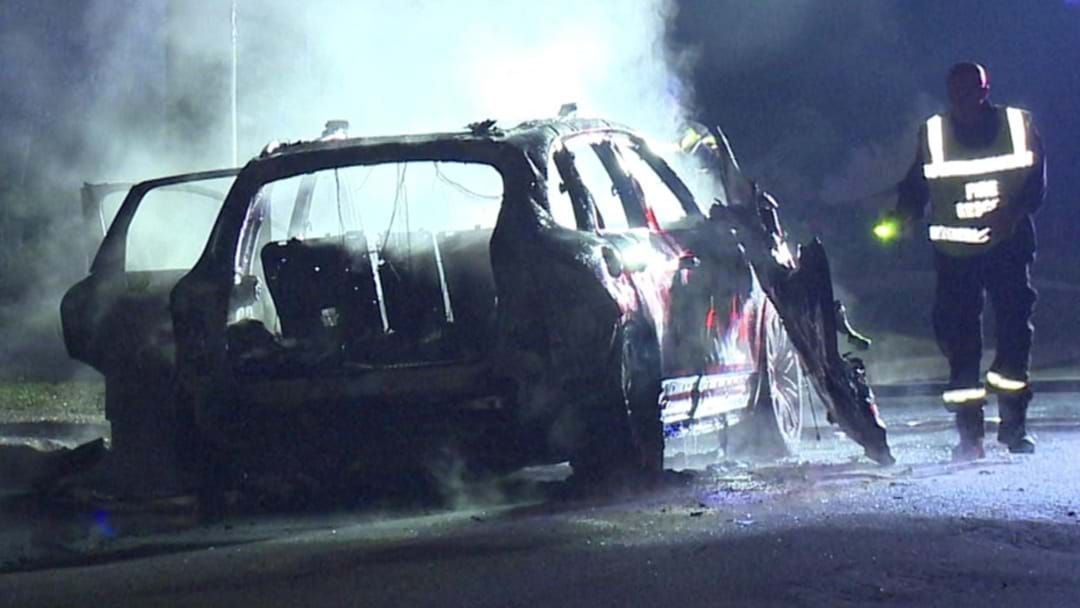 A shooting in western Sydney on Monday night was a likely targeted attack.

Like a chapter lifted out of a crime novel, one man is in a serious condition, a car pierced with bullets and another burnt to a cinder in Guildford.

Police were alerted to the suspected crime family feud after a 27-year-old man rocked up to Westmead Hospital around 9:40pm suffering a gunshot wound to the neck.

Officers from Cumberland Police Area Command were notified of the crime and subsequently spoke with a number of people at a home on Woodstock Street, Guildford.

A car in the driveway ripped with bullet holes, lead Police to establish a crime scene at that address.

Police were later called to Bennett Road in South Granville where they discovered a burnt-out vehicle. It remains unknown at this stage if the incidents are linked.

Anyone with information is urged to contact Police, or Crime Stoppers on 1800 333 000 or here