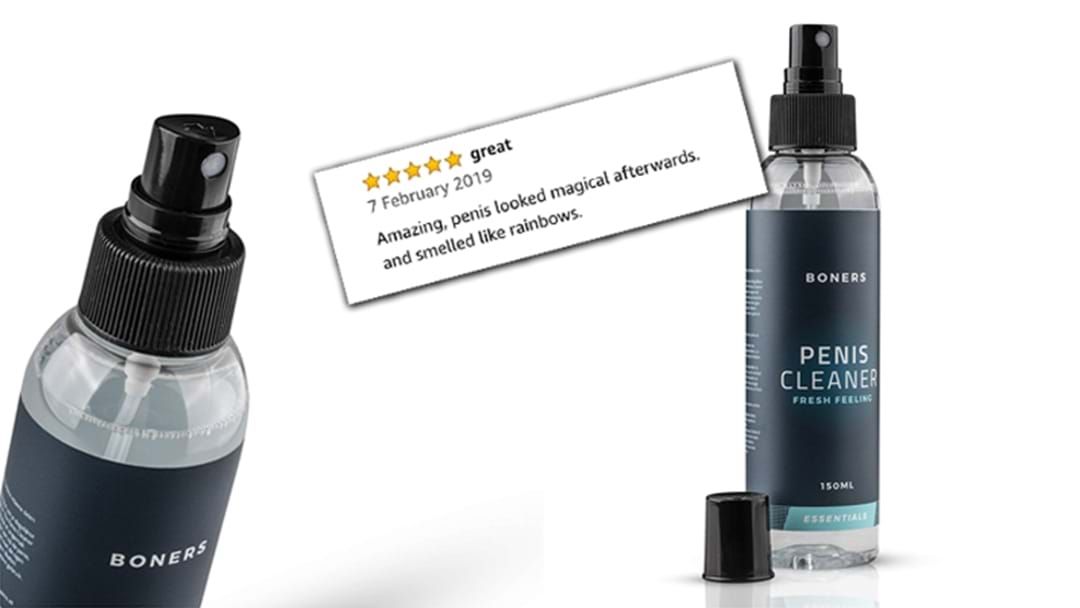 If soap and water doesn't quite do the job for you, a company in the UK may have the answer to your penis cleaning concerns.

Boners Penis Cleaner has recently come to the attention of the masses after one man stumbled upon it in a supermarket in Shropshire.

Dean Murray, who immediately appeared to question what exactly he'd been doing wrong for the last 41 years, posted a shot of the "fresh feeling" spritz to Twitter last month, joking about adding "a squirt of lemon juice" to freshen things up.

While it seems most blokes aren't falling over themselves to leave a review of the product on Amazon, the two that are there a) differ wildly in their opinion and b) are predictably ridiculous.

The five-star review claims that it was "amazing" and that his "penis looked magical afterwards."

The other reviewer, however, took a different approach.

"After testing the 3 most used methods of penis cleansing, I have found that out of soap and water, green tea shampoo and boners penis cleaner that this product would of [sic] had 5 stars if it was priced for sale... in the local pound shop," the only two-star review reads.

"Honourable mentions for the soap and water but I will NEVER use the green tea shampoo again and i will probably stick to using the bedroom curtains for emergency situations [sic]."