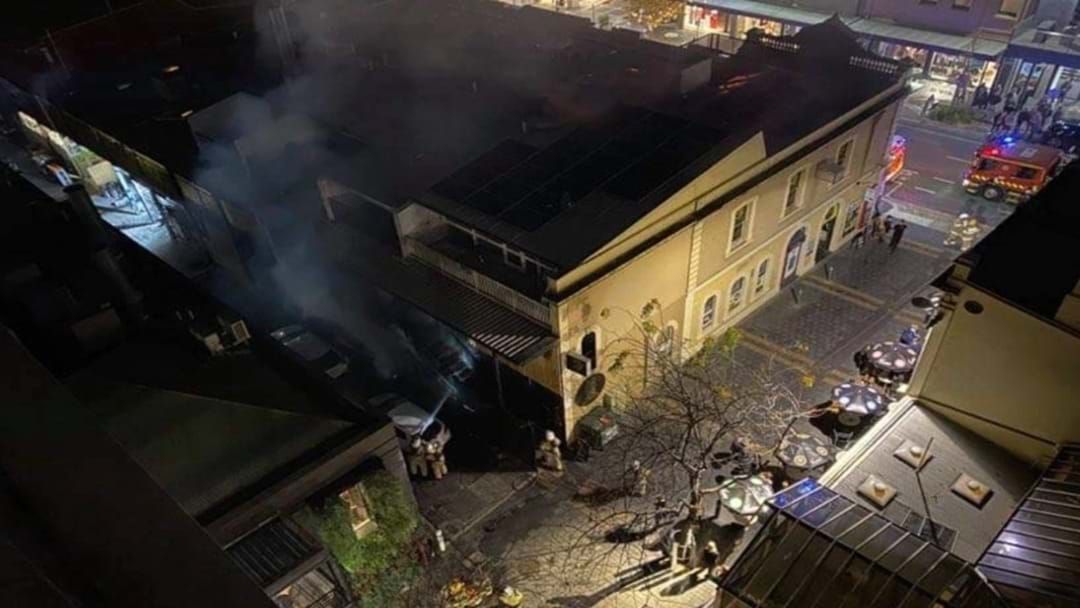 A woman who set fire to the Siam Retreat Thai Massage and Spa in Adelaide’s CBD has fronted court.

Police arrested the 37-year-old woman on Thursday morning laying charges of arson after the massage parlour on Vaughan Place burnt to the ground Wednesday at 6pm causing about $200,000 damage.

An MFS spokesperson said the fire possibly started on the ground floor of the building and moved up to the first floor, where the massage parlour was located.

MFS Commander Dale Thompson was the first on the scene, where he said were "a lot of people yelling and screaming" and "a fair bit of confusion".

Five people who were seen fleeing from the blaze were treated for smoke inhalation and minor injuries at the Royal Adelaide Hospital.

Police are asking anyone with information to contact Crime Stoppers on 1800 333 000 or here.