National NewsA Giant Aussie Rules Football Will Be Unveiled In Ungarie Next Weekend!

A Giant Aussie Rules Football Will Be Unveiled In Ungarie Next Weekend!

A giant tribute to the Daniher family 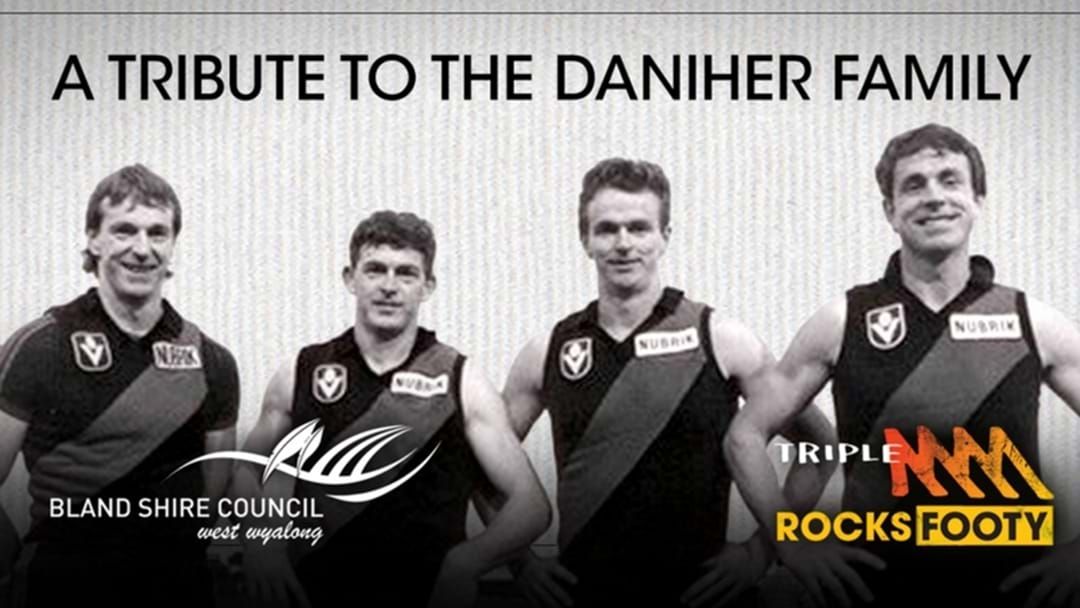 To acknowledge their amazing contribution to Australian Rules Football, The Bland Shire Council, in partnership with Triple M Footy, will pay tribute to Essendon legends –The Daniher brothers, Terry, Neale, Chris & Anthony with the unveiling of a giant Aussies Rules football in their home town of Ungarie on Saturday March 10.

The Daniher’s will be joined by AFL legends such as, Essendon’s Stephen Carey, Garry Foulds, Bryan Wood and Paul Hamilton, and former Sydney Swans captain and Brownlow medallist Paul Kelly, as well as Triple M Footy’s Billy Brownless and James Brayshaw. The group will attend the unveiling and many will take part in an AFL ‘tribute’ game involving the Daniher’s and many local footy players.

Triple M are proud to partner with the Bland Shire Council to help build the giant football, which will also be a world record attempt for the largest Aussie Rules footy in existence. The day will also be used as a fundraiser for the Daniher’s charity Fight MND.

Triple M Riverina and Triple M Riverina Mia will be covering the tribute to the Danihers broadcasting live from Ungarie from 8am, with the unveiling of the giant footy at 11am, and then the legends game from 12.15pm with Billy and JB to be joined by Luke Francis to call all the action.

“We are so pleased to be able to partner with Triple M to recognise the contribution of the Daniher family by building what we believe to be the world’s largest Sherrin football. We are excited about the many short and long term benefits this iconic project will bring to the local community as well as the wider region.”

Triple M’s Head of Content, Mike Fitzpatrick said, “When we were approached by the Bland Shire Council about this initiative we were more than happy to jump on board! Triple M Footy has always been about bringing the fans together to enjoy the great game of AFL, and what better way to do this than through a lasting tribute to one of the game’s most loyal families -  The Danihers.”