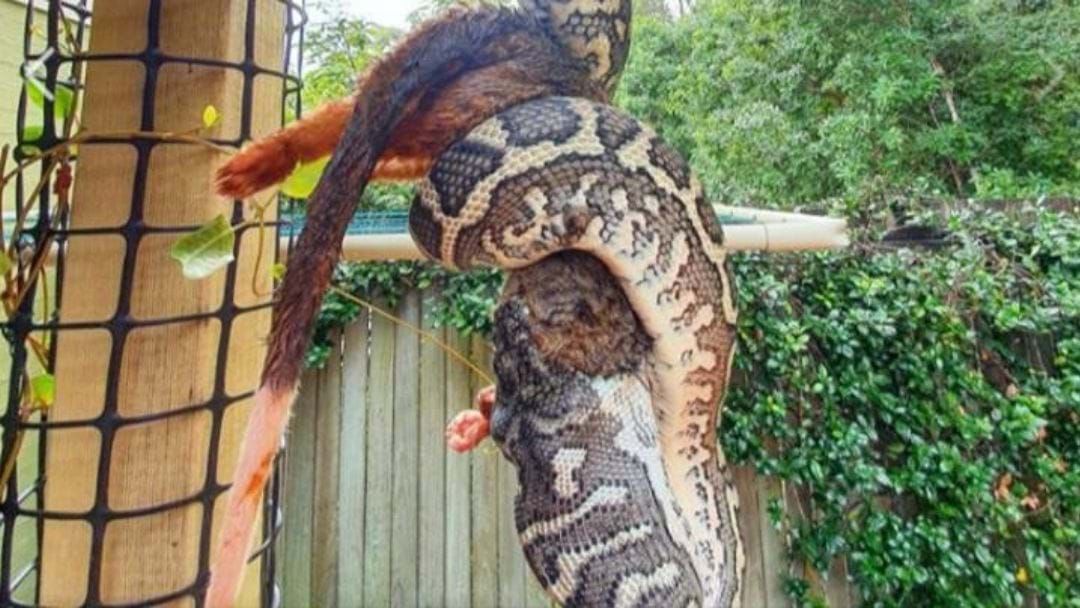 If you're not a fan of snakes, look away now!

A Sunshine Coast snake catcher was called to a house in Mooloolaba to remove a two metre Python, which was right in the middle of feasting on a fully grown ring-tailed possum.

The photo, which was posted by Sunshine Coast Snake Catchers 24/7, shows the Carpet Python dangling from the gutter of a Sunshine Coast residents house, devouring the adult possum while upside down.

Even though spotting a snake at least once while living in Australia, is pretty much a given, this remarkable sight was enough to send chills up even the most seasoned of snake catchers spines.

Stuart McKenzie was the brave soul that stepped in to remove the snake from the property, but as any smart man would, he waited until the snake had finished it's meal before removing it, which took nearly an entire hour.

But if you thought that was the scariest snake feast you'd ever see, we're sorry... but there's worse.

This was snapped by Kayaker Martin Muller, who for some crazy reason stopped for long enough in his crocodile sized kayak to snap a picture.

Thanks Martin, we'll all be having nightmares tonight.

Want to know if mullets are coming back into fashion, tune into the 'Pub Talk' podcast below...