A Hot New Industrial Bar Opens In Barooga on Saturday

With a renowned chef on board! 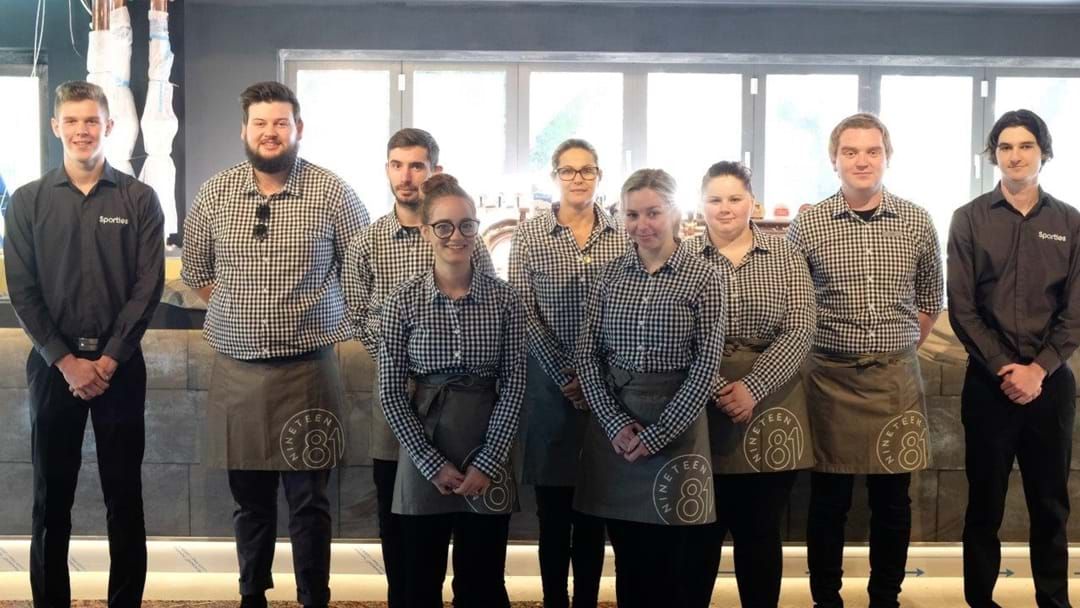 For those of us who were just a twinkle in our father’s eye in 1981, here’s a quick round-up of what we missed that year: Di and Charles got married, Raiders of the Lost Ark hit cinemas and MTV, the biggest music channel in history, first launched.

There. You’re up to speed… Almost.

It just so turns out that 1981 gave us something else. Something that’s only just been revealed, for the first time, almost four decades later.

It gave us the inspiration behind the name of what’s already being referred to as the hottest bar in Cobram – Nineteen81.

Inside the Barooga Sports Club, the modern industrial bar is set to open its doors later this month.. and there’s a reason why the town’s newest venue is on everyone’s lips.

Maybe it’s the fact that it boasts the largest screen you’ll find for miles, making it the perfect spot to watch that big sporting match. Maybe it’s the 4 Pines, Pirate Life and local favourite Bridge Road Brewers that’s poured from tap every night of the week.

Or maybe it’s the amazing indoor/outdoor bar and huge deck area with outside heating that’s ideal for spending time during the chilly months.

Let’s be honest... It’s probably all of those reasons.

“The space is about reconnecting with our beginnings, welcoming in the younger demographic and giving them a place they can feel comfortable socialising in.”

With its young and vibrant staff, modern industrial design and delicious menu of light meals, burgers and pizzas championed by renowned chef Gavin Dyson, it’s not hard to see why Nineteen81 is expected to become the place to hang out with friends and family when you’re after a fun and relaxing environment.

When the new space is finally unveiled on Saturday June 22nd, be prepared for a big one. Not only will there be Carlton United and Nineteen81 merch given away on the night, but three lucky folks will each be walking away with a double pass to get out to the MCG for the 2019 season.

Next time you feel like a cocktail with friends or a giant screen to scream at your team, get along to the hottest new bar in town, Nineteen81. It’s even better than MTV.

In association with Nineteen81