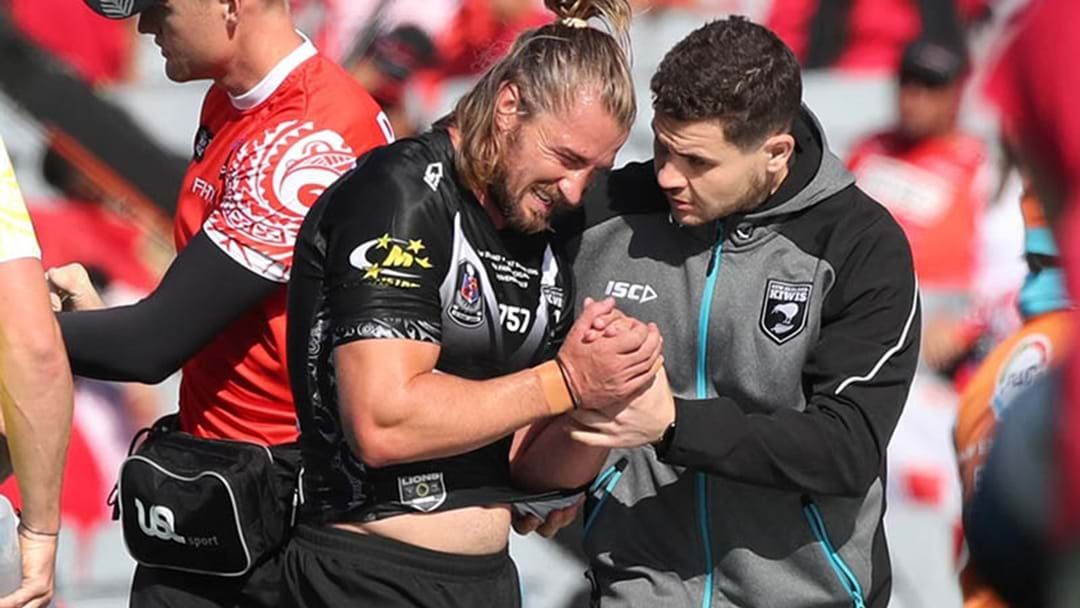 Kieran Foran's injury woes continued when he was taken from the field with a shoulder problem in the early moments of New Zealand's Test with Great Britain last Saturday.

That problem will see Foran need a complete shoulder reconstruction, which early reports suggest Foran will be unavailable for the Bulldogs until at least May.

However, on Triple M's The Rush Hour with MG a major update on Foran's injury was revealed.

"He's the perfect example of his brain is telling him one thing and his body is telling him another - that's just not working," Triple M's Mark Geyer reacted to the news.

"I hope you're wrong but I get the feeling you're not."

During this chat it was also revealed which player the Manly Sea Eagles are chasing as a replacement hooker; hear the full chat below.