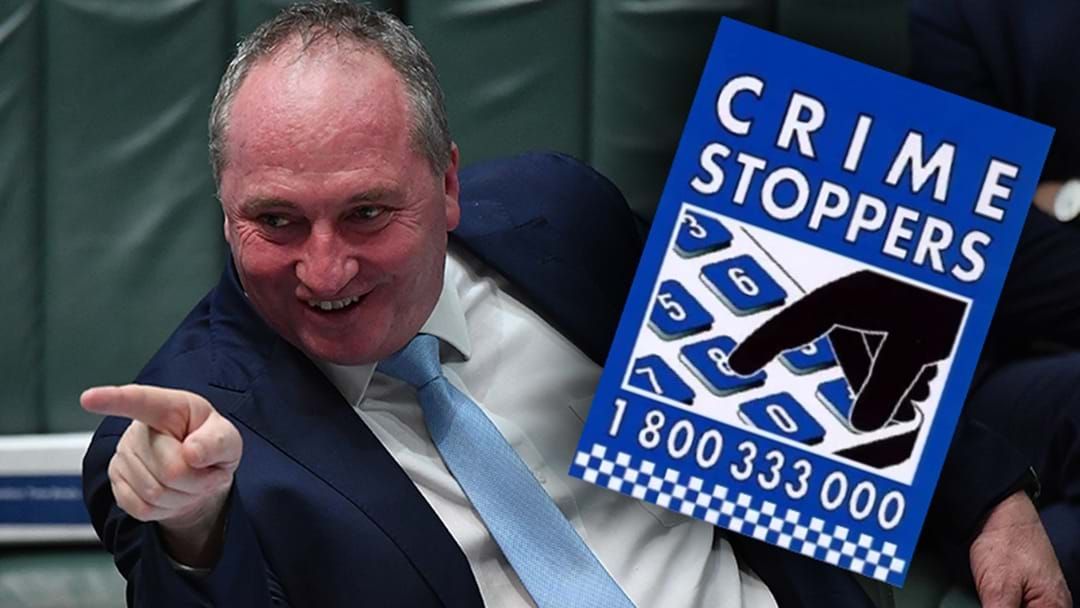 A member of the public has dobbed Deputy Prime Minister Barnaby Joyce into Crime Stoppers for not wearing a mask at a servo in Armidale.

Barnaby filled up his car at the servo and went inside to pay without a mask for just long enough for an eagle-eyed patron to call it in.

The cops turned up, checked CCTV and handed out a $200 fine.

Never miss any of Triple M’s funniest stuff with the Pub Talk playlist!

NSW police later issued a statement confirming they’d issued a $200 fine to who they euphemistically called "a 54-year-old man".

"A man has been issued a Penalty Infringement Notice (PIN) after breaching an order under the Public Health Act in state’s north west yesterday," it said.

"Officers from New England Police District attended a service station at Armidale after receiving a Crime Stoppers report in relation to a possible breach of Public Health Orders about 8am yesterday (Monday 28 June 2021).

"Inquiries revealed a 54-year-old man was not wearing a face mask while in the store.

"Police spoke with the man before issuing a $200 PIN for not wear fitted face covering when in indoor area of retail/business premises."