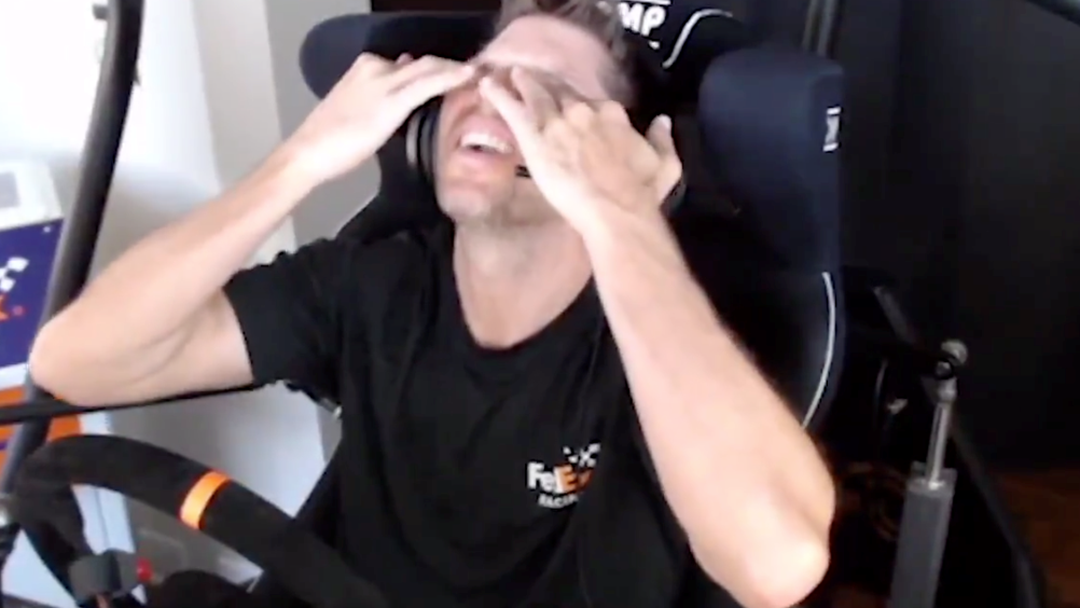 A NASCAR driver in the US is the latest victim of the many, many perils of working from home, losing an official racing simulation after his daughter turned off his monitors.

Denny Hamlin was taking part in the eNASCAR iRacing Pro Invitational Series on Sunday when his screen went suddenly black.

In a video posted to his Twitter account, Hamlin's daughter can be seen standing beside him with a remote control for the television in her hand right before the vision on the monitors cuts out.

"We have live footage of my daughter coming in with a remote, a Samsung remote, hits the power button and cuts my monitors off while I'm racing," the 39-year-old Daytona 500 champion said in the video.

You can watch the exact moment it all goes down here.