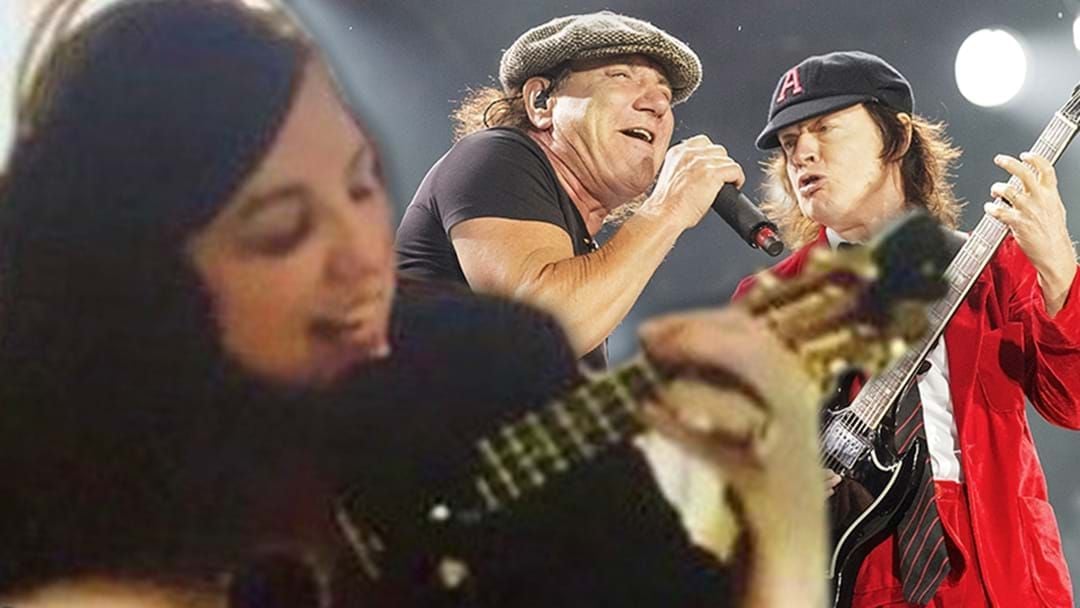 AC/DC's Brian Johnson and Angus Young were wrapping up their world first chat with Kennedy Molloy off the back of their new single Shot In The Dark...when Mick Molloy made a suggestion.

"If you're still hiring for the band, can I recommend my partner Jane Kennedy?" he proposed.

That's because the first song Jane ever learned on the ukulele was T.N.T. - and the guys were massively keen to hear it.

"Let's get it going!" Johnson said.

So Jane skipped right to the chorus - and everyone got involved!

"Well done me darling! That was very good. Your cheque's in the mail!"