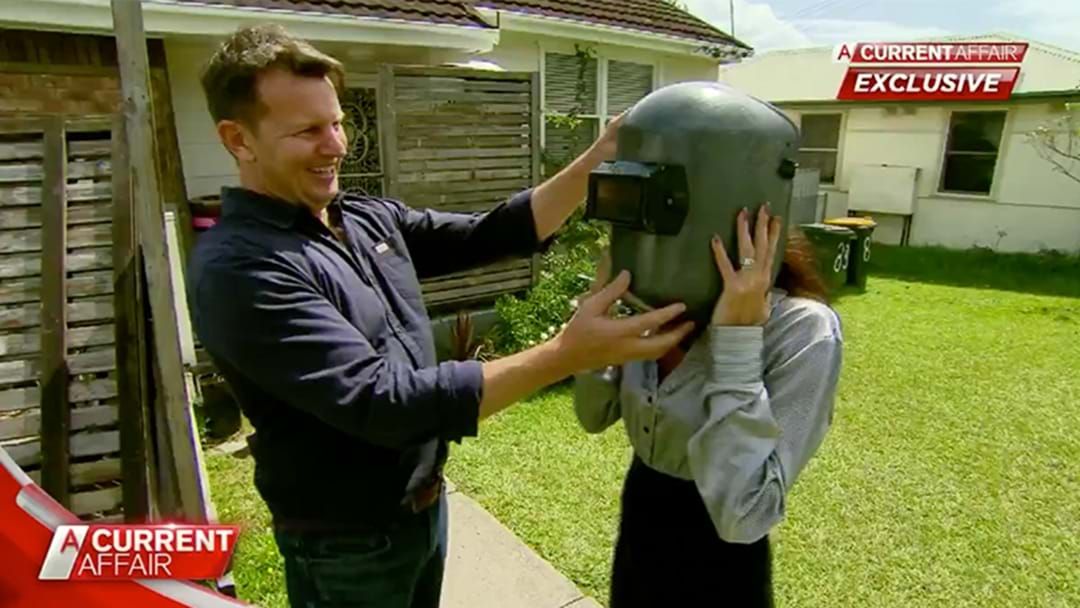 A Current Affair have discovered quite possibly the weirdest neighbourhood dispute in Australia.

Airing tonight, ACA - Australia's greatest journalistic authority - have discovered a pair of neighbours in Dapto, New South Wales fighting over a homemade 'bleeding death ray', which actually is just a bunch of mirrors set up to capture the sunlight.

The victims, Kayte and Steve, claim their neighbour Nathan is targeting their house with the suns rays, directing them into their living room and trying to blind Kayte (who has a medical eye condition), and prompting them to fortify their windows with what looks like Bunnings crates.

If this all sounds a bit Star Wars-y to you, Nathan (the inventor of the bleeding death ray) is a fan of the sci-fi series, although he did tell the ACA journo that "Last Jedi was shit, mate".