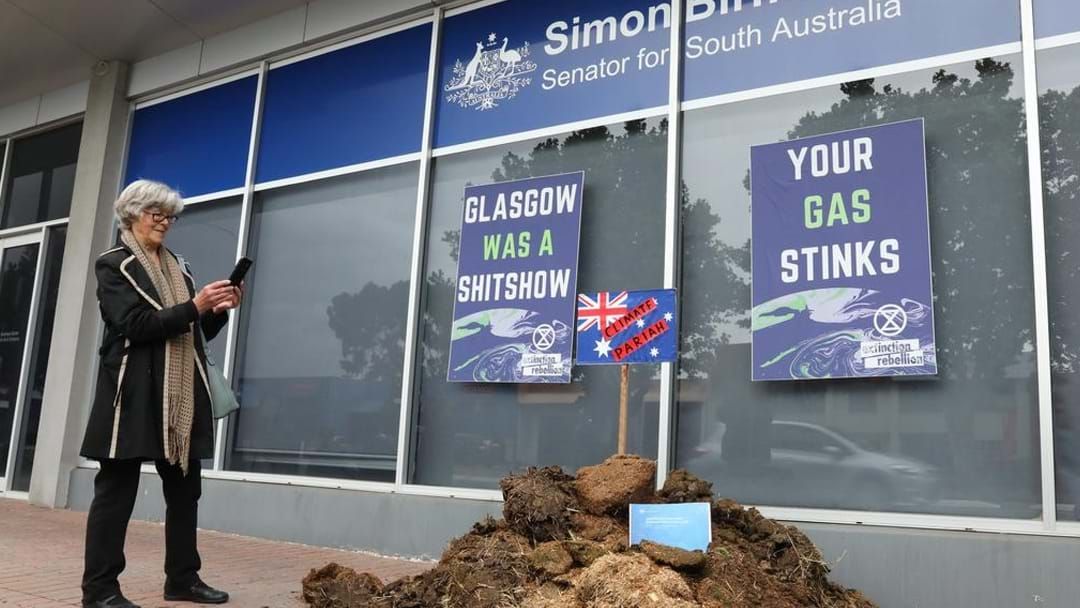 Protesters have dumped a pile of horse manure on the front of Finance Minister Simon Birmingham’s Adelaide office.

The incident was sparked following Australia's response to the net zero climate strategy at the world leaders summit in Glasgow, where Australia finished in last place for the low-efforts to help climate change.

A video went live on Facebook showing activists at the site, with signs on the office window reading "Glasgow was a sh*t show" and "Your gas stinks".

In an interview on Friday, Senator Birmingham said it was a move by "radicals".

"Whatever point Extinction Rebellion ever make, if they’re going to harass somebody I’m more grateful they’re disrupting me and my office than gluing themselves to the roads around Victoria Square and disrupting tens of thousands of South Australians like they did a couple weeks ago,” Mr Birmingham said.

“These are extremists who wouldn't ever be satisfied by anything.

“Let’s appreciate Australia’s made the commitment to achieve net zero by 2050 … We’re investing billions of dollars doing so."