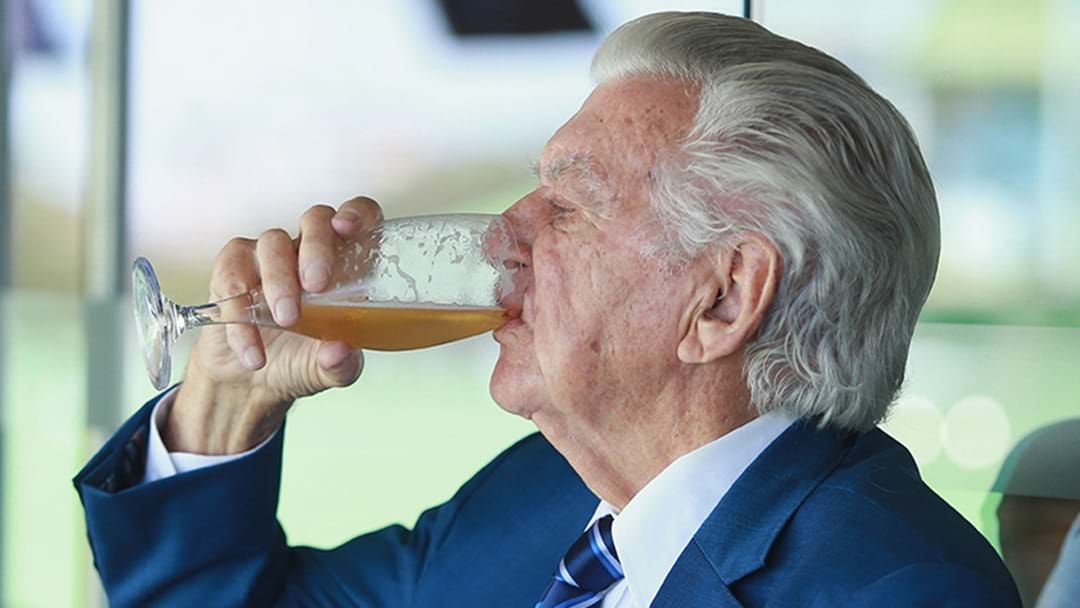 Adam Gilchrist joined Dead Set Legends with Joey, Jay and Emma this morning to reminisce about winning the 1999 World Cup win, and let us in on Bob Hawke’s best on ground shift in the post-match celebrations.

“As you’d imagine, Australian change room at Lord’s after a world cup victory, every man and his dog’s trying to pile in there,” Gilly said.

“Any Aussie in the UK, anyone that happened to be at Lord’s was trying to get past the security guy to get in, we’ve got friends and family, it’s going great.

“And then ex-Prime Minister — he wasn’t at the time — Bob Hawke rocks in! The late great Bobby! What a legend!”

The Aussies knocked over Pakistan for 132 and cruised to an eight wicket win in 20 overs, with Gilly making 54 off 36 to set the tone of the chase.

Afterwards, Bob Hawke was extremely keen to get stuck in to celebrate the world cup win.

“We get the runs, we’re up partying, next minute, knock on the door, ayyy, Bobby walks in,” Gilly said.

“Bobby walked in and I kid you not, him and his entourage hammered every last beer we had.

“They just smashed us in our beer.”

The legendary ex-PM’s thirst was very costly for one of the newly minted world champions.

“So Darren Lehmann got photographed drinking the non-sponsor’s product and got fined by Cricket Australia, and we blame Bob Hawke.”

Gilly also chatted about the infamous semi-final run out against South Africa, Shane Warne and Steve Waugh’s relationship and more.