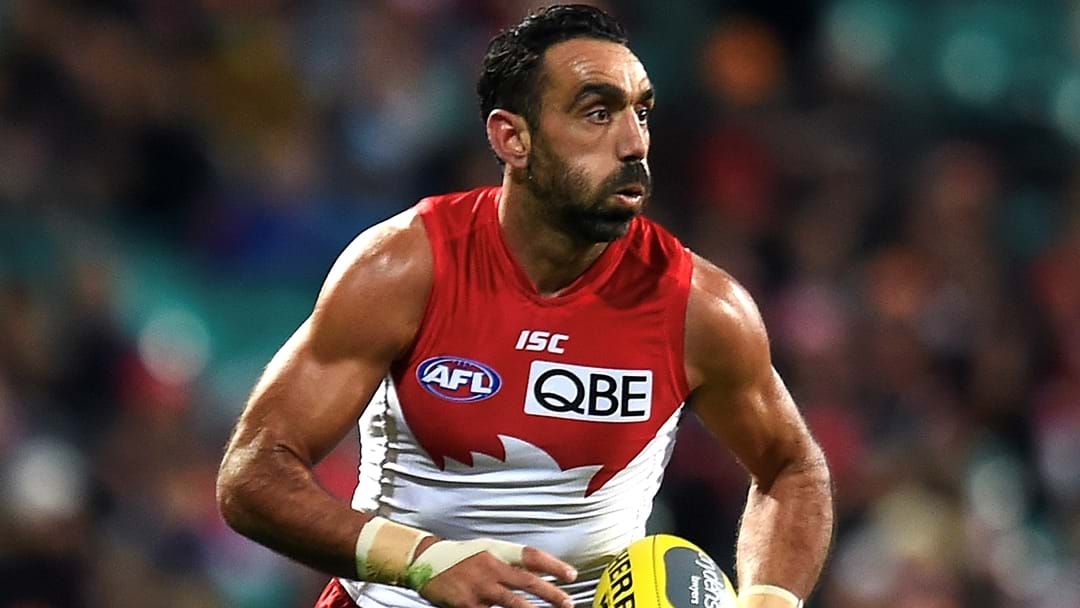 Former Swans great Adam Goodes has reportedly declined an offer to be inducted into the AFL Hall of Fame.

The 41-year-old, who played over 370 games, retired in 2015 due to ongoing racial vilification from spectators.

The AFL's commission chairman Richard Goyder says he "understands and respects" the decision to decline induction.

A two-time Brownlow medallist and Premiership star, Goodes had been subject to sustained racist booing in each of his last two seasons, pushing him away from involvement within the industry.

"The treatment of Adam in his final years at AFL level drove him from football. The AFL and our game did not do enough to stand with him at the time, and call it out," Goyder said.

"We hope that there will be a time in the future when Adam will want to be connected to the game again.

"Adam was clear he did not want his decision to detract from the moment for the 2021 inductees.

"Adam remains a champion and leader of our game who has given more to our sport than he received in return."

Goodes' on-field production as arguably one of the game's greatest Indigenous stars undoubtedly places him in the frame for the highest honour.

The segue from loved footballer towards controversial hatred began when a young fan hurled racial abuse to the Swans player, eventually carried out into his retirement through constant jeers - with the league failing to acknowledge the disrespect.

The rejection again places the league in a position to reflect on how standing up for social issues can impact current, past and future generations.

"Failure to call out racism and not standing up for Adam let down all Aboriginal and Torres Strait Islander players, past and present." Chairman Goyder said.

"We hope that there will be a time in the future when Adam will want to be connected to the game again. This is a decision for Adam and Adam only."

Catch up on the latest headlines on the Sydney Breaking News. Available on LiSTNR