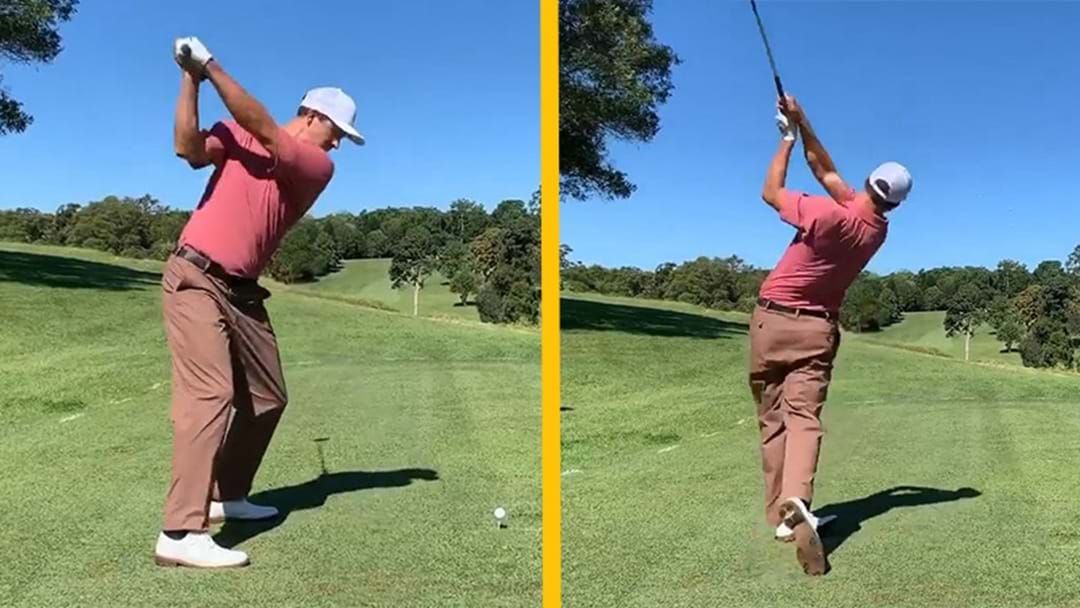 While we’re all stuck at home performing trick shots with pitching wedges and beer pong cups it’s safe to say Adam Scott has not let his form drop away.

The 2013 US Masters champion has been keeping his eye in during lock down and taking a look at the way he’s hitting them we should probably all just give up and never set foot on the course again when isolation gets lifted.

Scott accepted an invitiation to play at Maleny Golf Club by former PGA golfer and Maleny Pro Wayne Perske on Friday and it should be noted that the World No. 6 is absolute top shape!

“He’s just a specimen, he’s working really hard and when gets back he’ll be at the top of his game” Perske told The Rush Hour with Dobbo last night.

During the secret session Scott, a Queensland local, just casually smashed the course record DESPITE double-bogeying the first hole.

HERE’S HOW HE DID IT

The Rush Hour with Dobbo returns from 6PM on Brisbane’s 104.5 Triple M