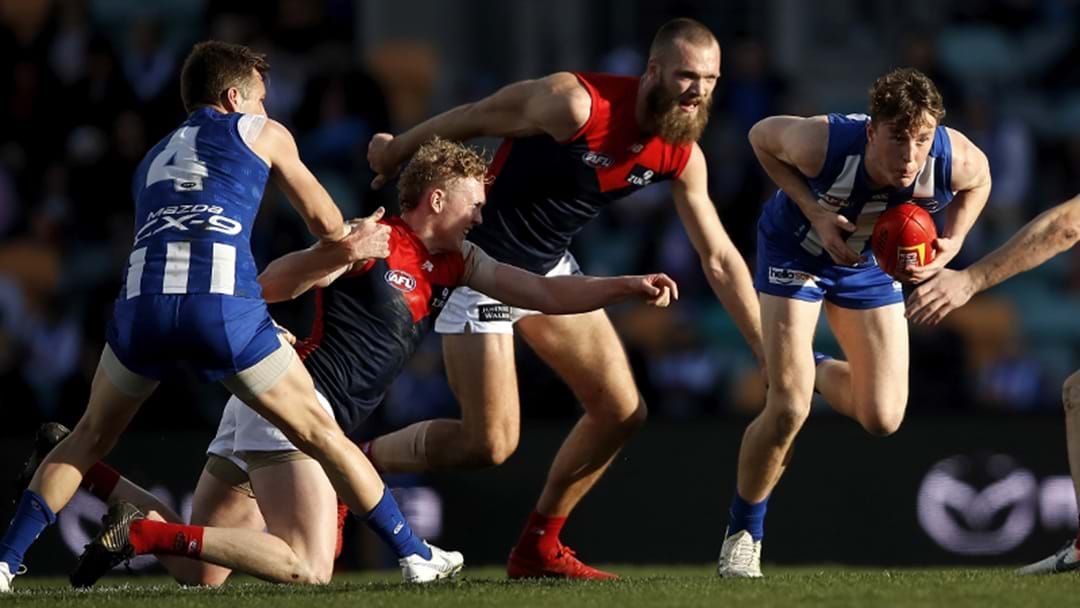 The AFL has been forced to shift two fixtures in rounds 11 and 12, with Tasmania's border closure.

The North Melbourne/Melbourne clash, originally slated to take place at Blundstone Arena on August 9, will be moved to Adelaide Oval.

Melbourne will now be the home team for that game, and will remain in Adelaide following their round 10 clash there.

Round 12 will also see Geelong/Port Adelaide shifted from the Gabba to Metricon Stadium on August 14.

The AFL opted to change the Cats/Power fixture to protect the turf at the Gabba.