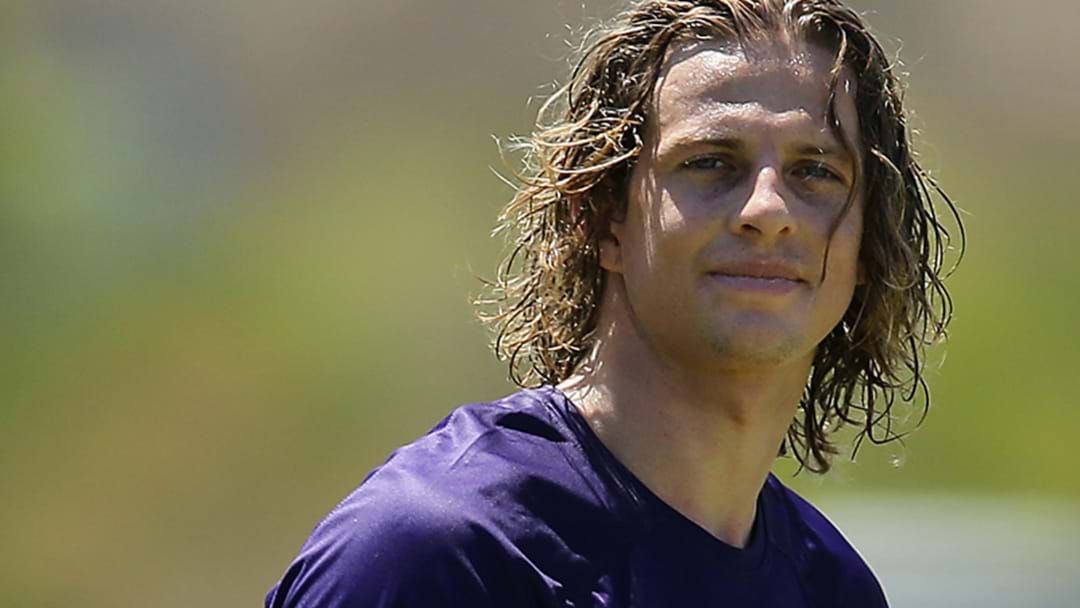 AFL writer and expert all things West Coast and Freo here in the West, Nathan Schmook, told Basil, Xav and Jenna this morning that he believes it's highly unlikely you'll see Dockers' captain Nat Fyfe suit up against Hawthorn in round 4.

As Nathan reveals, he's got word that after multiple incidences of concussion, Fyfe now treats every instance as if he was a "45 year old man". Schmook is convinced that Fyfe will take more time.

Of course, Xav had an opinion on why Fyfe can afford to take his time with this.

Fyfe will miss this weekend's game against Carlton, and as Schmook mentioned above, it's highly likely he will miss the Hawthorn game too, meaning that Dockers fans won't see their captain until possibly round 5, against Adelaide.

Catch all the footy action with your Triple M Rocks Footy call team. All in glorious, crystal clear sound.