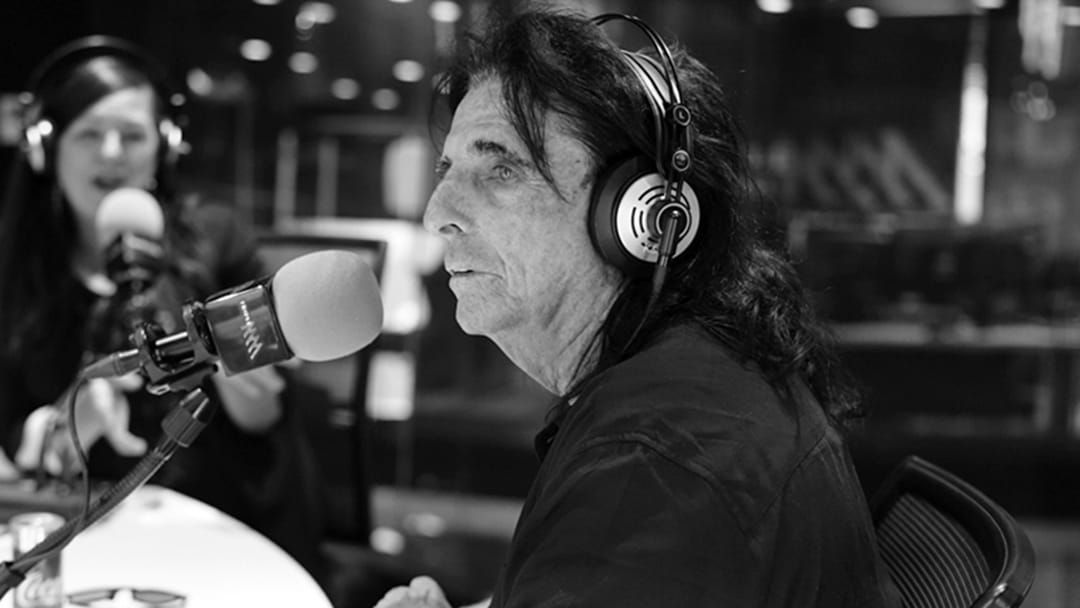 "Can I ask about that infamous chicken incident?"

Alice Cooper joined Mick Molloy and Jane Kennedy in the Kennedy Molloy studios on Thursday midway through his Australian tour, where Mick quizzed the legend about that chicken incident.

For those who don't know: it made headlines in 1969 that Cooper, at the Toronto Rock 'n' Roll Festival, bit the head off a chicken.

So what really happened?

Cooper explained - and it's stuff of legend.