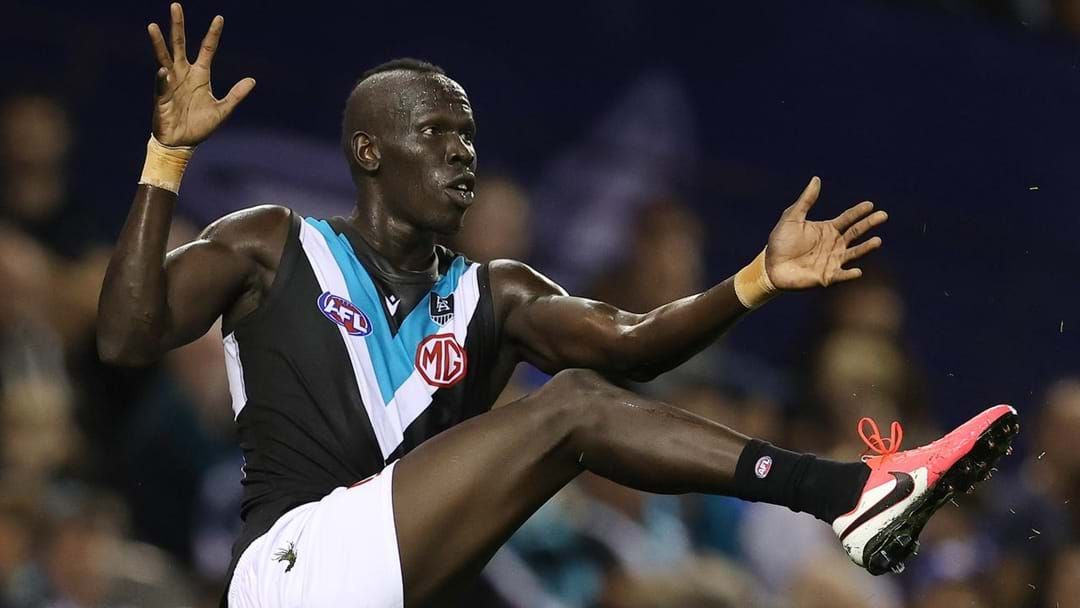 Port Adelaide All-Australian defender Aliir Aliir says he has forced himself to watch back Port's Preliminary Final defeat to the Western Bulldogs to ease the "hurt".

Speaking to Ditts, Loz and Gleeso on Friday morning, Aliir said he had to watch the game back to know where he and the side fell away.

"As much as it hurt, you kind of want to know what went wrong," he said. "Whether that’s me watching by myself or watching it as a team, you want to be able to watch and and know where you can improve."

Speaking after finishing third in Port's Best & Fairest after a standout first year at Alberton, Aliir said he has been made to feel welcome in Adelaide.

"You come to a new club and obviously you want to make a good impression and you want to earn the respect of the boys, but I guess the way the coaches and players allow me to play to my strength in the team structure- I’ve been able to enjoy that," he said.

Subscribe to Roo & Ditts on LiSTNR to stay across all our best stuff!