Suspect is still on the run 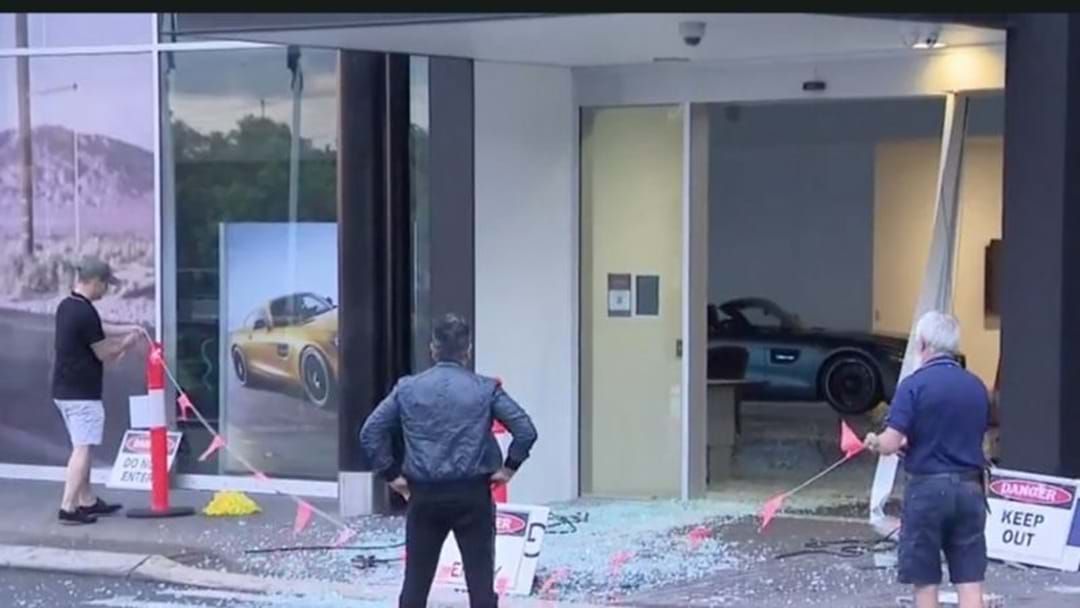 A man is evading police after allegedly breaking into a Robina car dealership on the Gold Coast and stealing a Mercedes Benz.

According to police, the alleged theft spent nearly two hours inside the dealership at around 1AM before stealing the Merced Benz GLE worth $200,000.

The braisen theft was being watched by the owner of the dealership via a CCTV link to his mobile phone.

The CCTV footage showed the man spend close to two hours deciding which vehicle to take before hopping into the driver’s seat of the GLE.

The man could then be seen driving the car through a desk and then through the shop glass windows to escape.

The joy ride was short lived with the alleged thief ditching the totalled car one street away on Christine Avenue.

Police have this morning deployed police dogs in an attempt to track the man after it was estimated he caused approximately $500,000 in damages.

The man is still on the run.