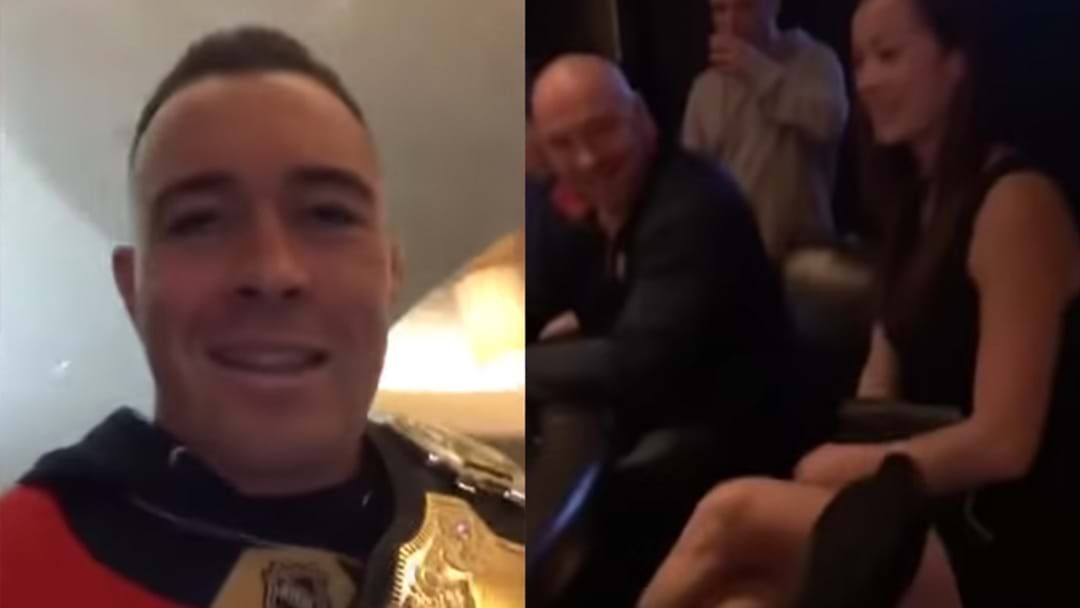 Covington, wanting to know why he was overlooked for this Sunday's title fight despite being the number one contender, has been appearing at UFC events all week.

The 31-year-old American finally managed to track down the UFC President and confronted him.

While the camera were shut-off just as the video was getting to the juicy part, Covington has told Submission Radio what went down.

"So, you know, that’s exactly what happen, man, we had a man to man, face to face talk, and you know, I like the talk that we had, I think things are going to go in the right direction.

"We don’t have to like each other, but we’re gonna do business together.

And according to Covington, White actually applauded him for making the confrontation.

"He did recognise me for doing that so he was happy about that," he added.

"So, you know, he realised that I was the biggest draw.

"I stole the show this weekend and I’m not even fighting.

"No one has cared about the fights, you can look at everywhere, it’s honestly boring."