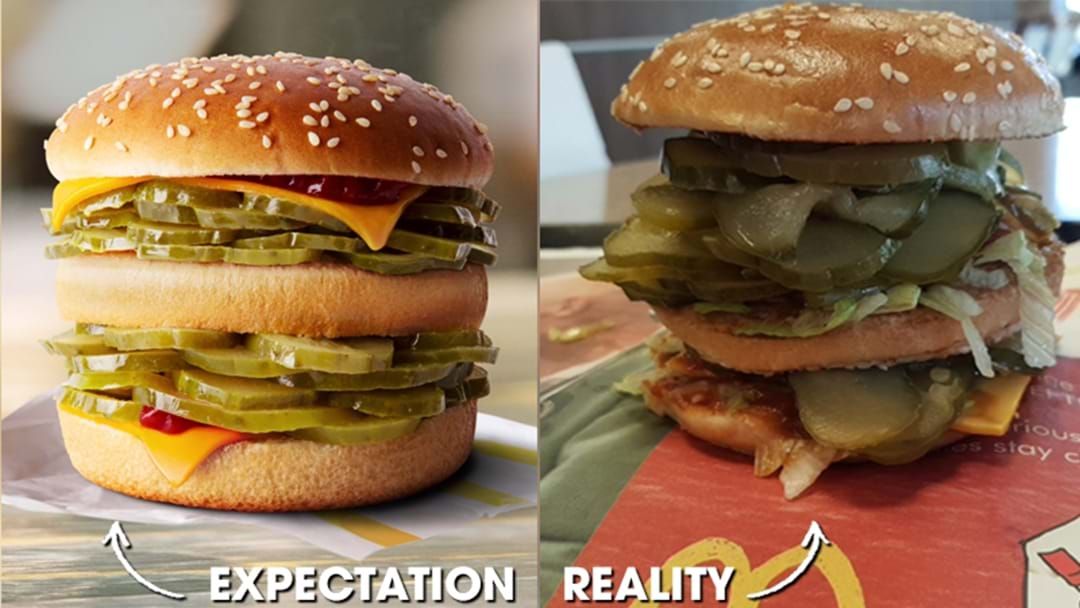 A bloke from Tasmania has refused to accept that McDonald's latest burger announcement was an April Fool's gag and has instead turned his dreams into a reality.

Except the joke was kind of on McDonald's, after hundreds of thousands of customers lost their shit over the burger of their dreams.

So shout-out to Matt Little, who saw his chance and ran with it thanks to McDonald's self-serve ordering system.

Little beautifully shaped and moulded a normal Big Mac until it became the McPickle, removing the meat patties, onion and Bic Mac sauce and instead adding three portions of extra pickles and some tomato sauce.

Little's hack has since been snapped up by pickle fans around the world so maybe we really will see the McPickle on the permanent menu sooner rather than later.

One can only dream.