StuffBEST OF 2019: When An Ex-Greens MP Became An Instant Meme After Nearly Spewing While Holding A Dead Fish

BEST OF 2019: When An Ex-Greens MP Became An Instant Meme After Nearly Spewing While Holding A Dead Fish 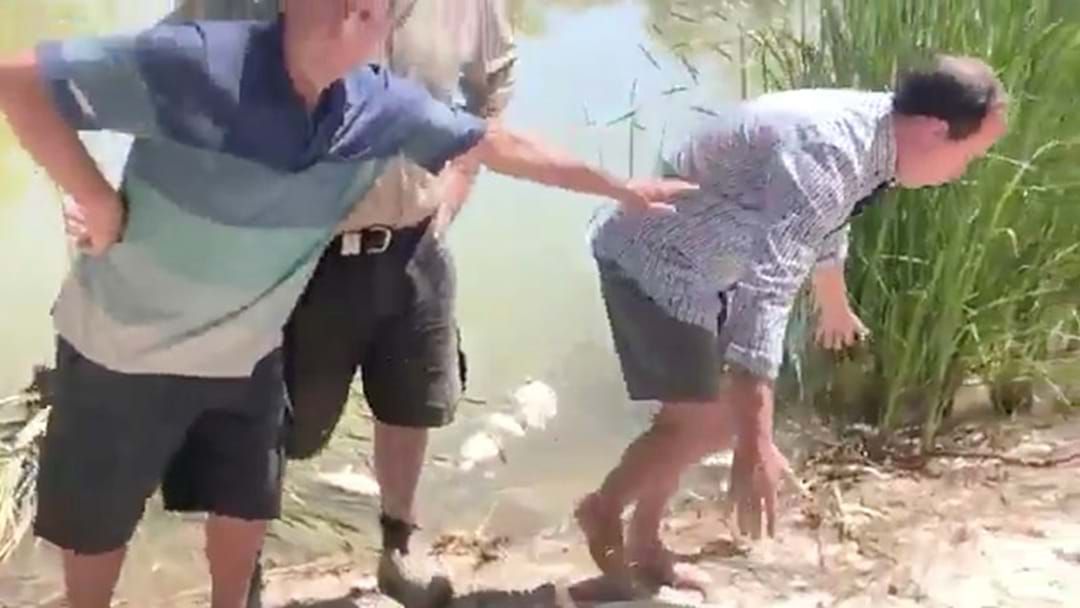 Ex-Greens MP Jeremy Buckingham has made himself an instant meme after nearly spewing while holding a dead fish in a video that was meant to highlight the National Party’s water policies.

Buckingham was trying to highlight the recent death of around a million fish in the Darling River, and was trying to point blame at the Nationals for their handling of water policies.

“This is what you get when you leave the National Party in charge of water in Australia,” he said.

He then dry retches and walks off camera.

The farmers he’s with gallantly try and carry on over the sound of his retching, eventually making their point about the dead fish.

The shorter fella eventually acknowledges the struggling ex-polly though.