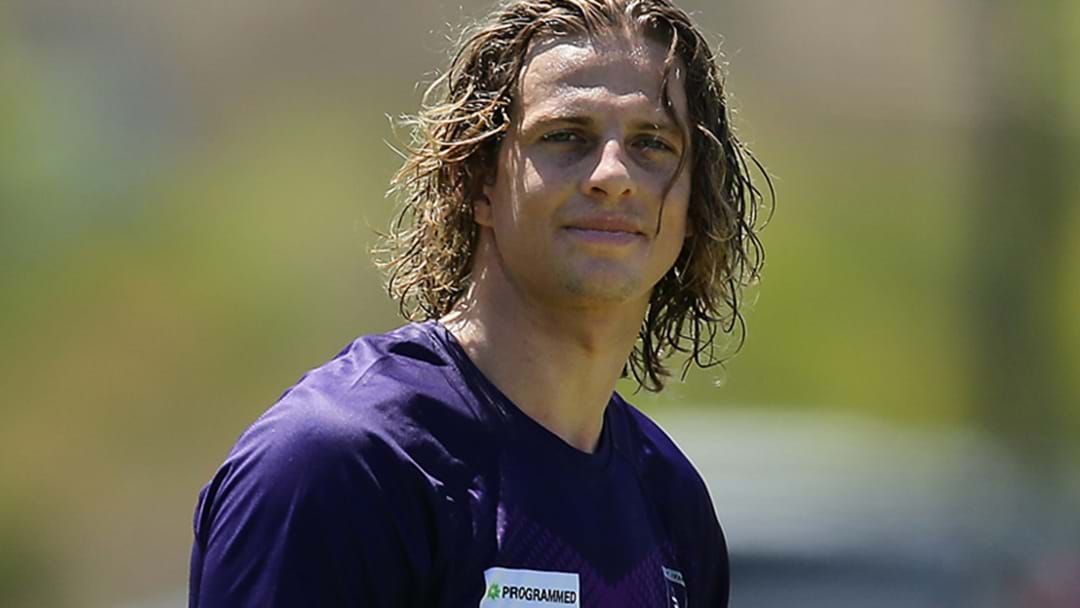 Embley asked Xavier Ellis on Triple M’s pre-game coverage of Fremantle vs Geelong if Freo can win a flag in the short term, and then elaborated on his theory when Ellis said no.

“Nat Fyfe turns 29 this year, he’ll be 32 in three years’ time, so potentially on the back of that, Nat Fyfe’s not going to be part of Fremantle’s premiership team,” Embers said.

“Is there a conversation that comes in the next one or two years between management at the Fremantle Dockers and Nat Fyfe to say: ‘Listen, is it time that we potentially could offload you?’

“‘Could you go to a Melbourne club, could we get two first-round picks’, and with that trade help Fremantle be able to build towards that next premiership?”