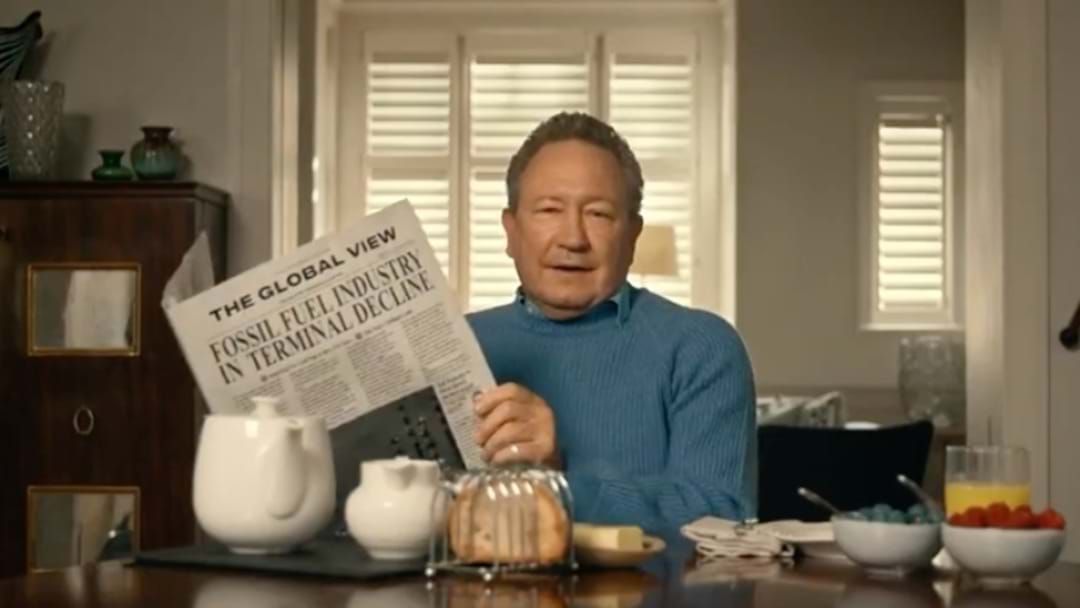 Australian mining magnate Andrew 'Twiggy' Forrest is now leading the 'green revolution' and using everything in his arsenal to shake things up.

Dropping a video via Smarter Futures twitter feed, Forrest, sitting unassumingly at a breakfast table, pulls aside his newspaper and delivers a challenge to fossil fuel executives to make the switch to renewable energy.

Leaving no stone unturned, 'Twiggy', pulls out all the tricks.

"The great thing is, when you make a serious dollar out of it, you can still go home and you can look your kids straight in the eye, not a lump of guilt in your throat," he said.

Making a beeline straight for the millionaire’s jugular, he boasts that he's making a fortune from investing in the new technology.

Throwing fuel on the fire, after Scott Morrison's disastrous announcement of Australia's climate change policy at the COP26 Summit, Mr Forrest got the last word in.

The founder of iron ore empire, Fortescue Metals Group, Twiggy has pledged to zero out the metal groups own carbon emissions footprint, forging a pathway for renewable energy.