"He's got your measure!" 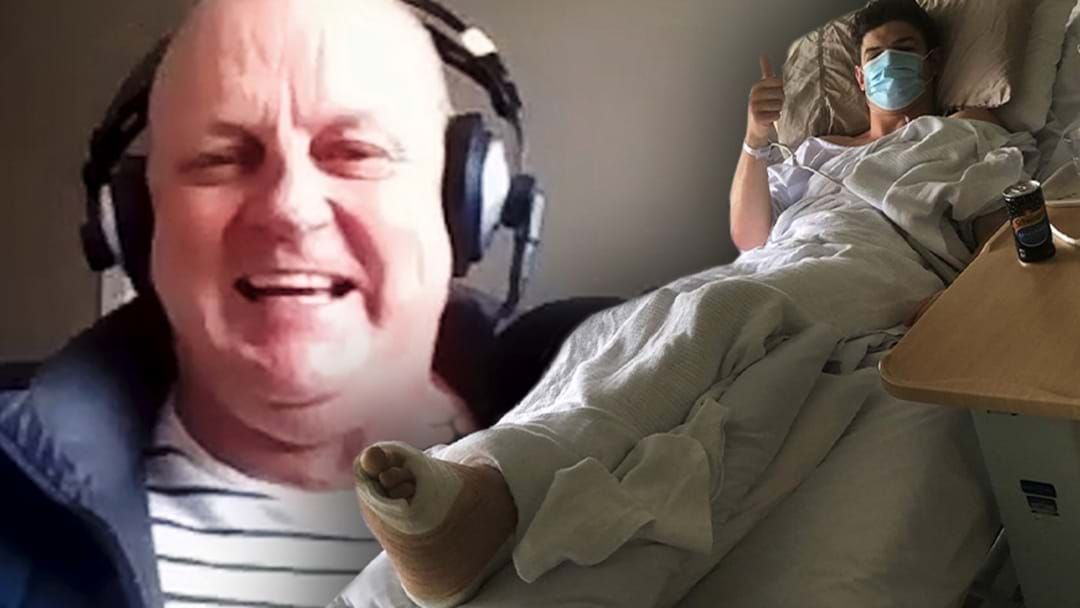 But even with a foot in a cast and not much else to do, Gus may have come off better than Billy here!

Apart from spending the chat going back and forth with his uncle, there were plenty of pot shots dished out at Billy.

"I hate talking about math with Bill, it's not exactly the conversation I want to be having!" he said.

It was about then when things broke down.

ANGUS BRAYSHAW TAKES THE PISS OUT OF FAT: