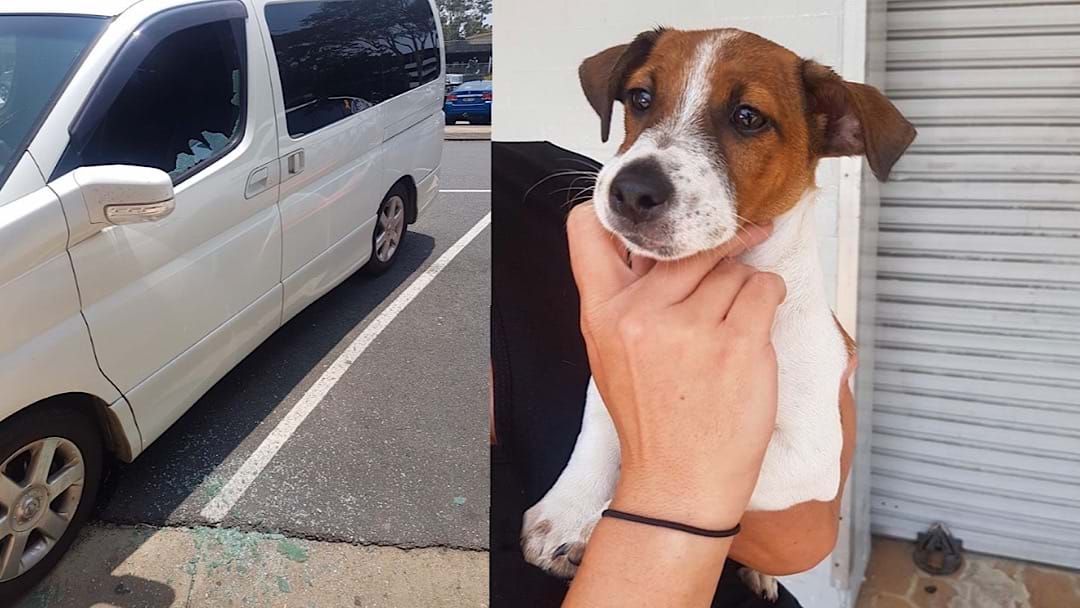 The owner of the vehicle has since been in touch with Triple M to clarify that the small dog is their much loved family pet and are devastated following the events of today in Coffs Harbour.

A relative of the dog owner was driving the vehicle, and looking after the dog for the day when the incident took place.

The man has been charged with animal cruelty in Coffs Harbour after leaving a 4 month old dog in a car, according to Police.

About 12pm on Thursday, Coffs Harbour Highway Patrol were waved down by a member of the public in Vernon Street.

They informed Police that a dog had been locked in a vehicle for over 30 minutes.

Police approached the vehicle and saw a small foxy inside the vehicle whimpering, puffing and panting and appeared highly distressed.

Due to the vehicle being parked in direct sunlight, with no shade or water for the dog, Police forced entry into the vehicle and removed the dog.

According to officers, the small dog was hot and was given water, then taken into an air conditioned shop to cool down.

Officers remained at the scene until the driver of the vehicle returned at 12.45pm.

He was questioned by Police, where he apologised and stated he forgot about the dog.

According to Police, the 4 month old pup was seized and taken to the RSPCA and the man charged with Animal cruelty.