Another Monday - Another storm! 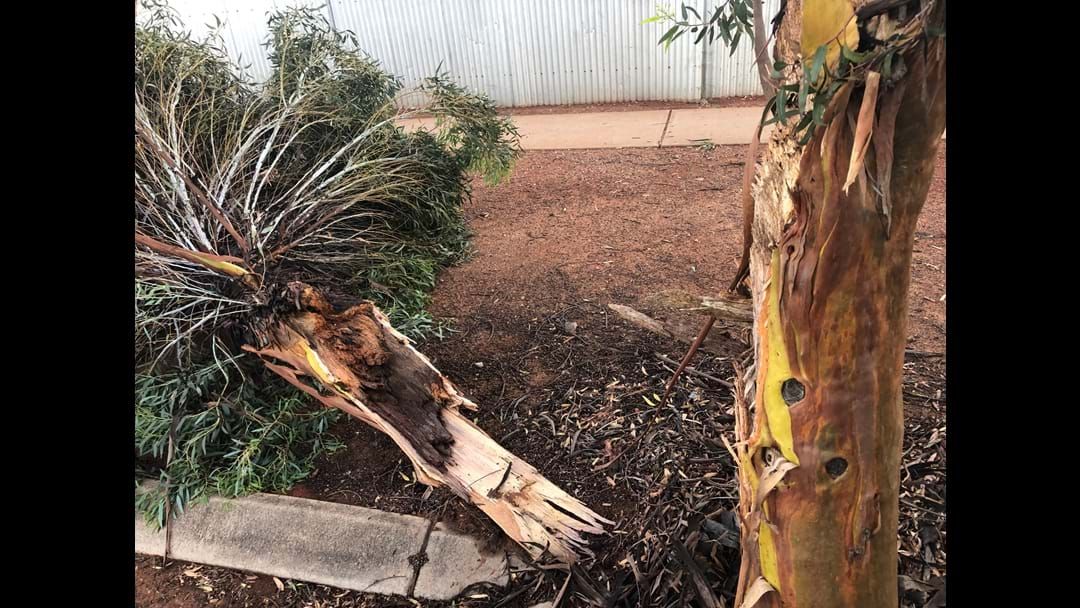 Sunday it was Leonora, last night it was Kalgoorlie Boulder and Coolgardie. Another Monday storm has hit the Goldfields here is what you need to know:

Kal and the Goldfields had a pretty decent storm through yesterday around 5:50pm

Several trees and branches down in Kalgoorlie Boulder, one hotel had its sign knocked down – it was a pylon sign….

Debris on roads and flash flooding around pinch points such as Maritana Street, Greame Street and Meldrum avenue. Gribble Creek burst it banks in places and Usher Park East was under water.

Coolgardie had several reports of damage from Tennis Ball hail!

This includes car and house windows, plus hail through the roof of homes and Solar panels.

The City of Kalgoorlie Boulder council meeting was moved from Kalgoorlie Town Hall to the City Admin building after a window blew in. CKB and Shire of Coolgardie clean up crews have been around overnight – caution is needed today.