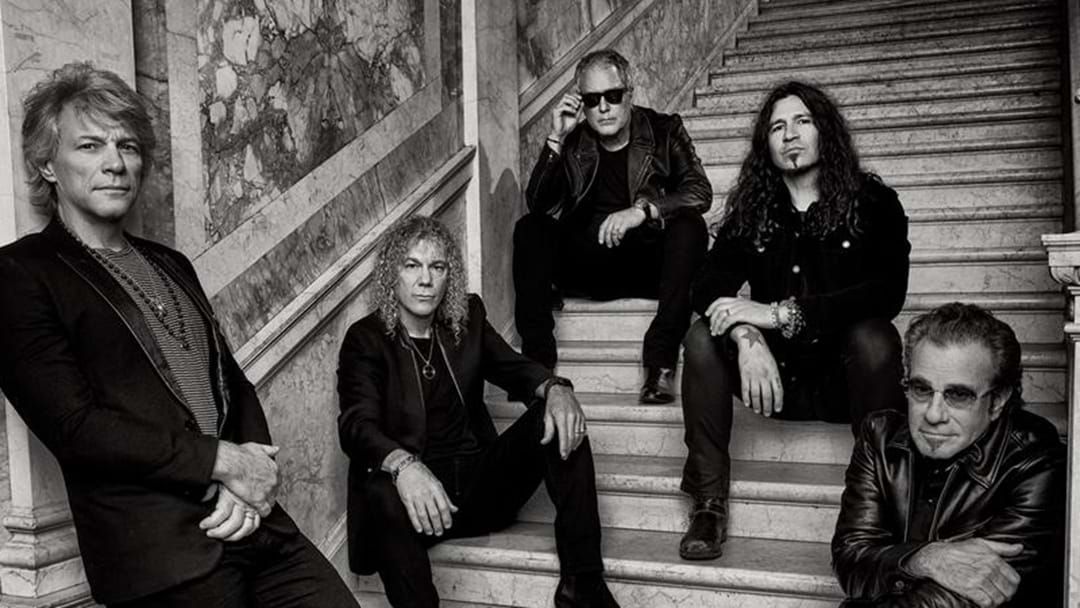 Well that was a surprise! Out of nowhere legendary rock band Bon Jovi have just released the brand new single 'Limitless' and we've played it here first.

Debuting the brand new song on Kennedy Molloy today, the team thought it sounded like a "throwback" to some of the old stuff and didn't sound like what they've pumped out recently.

"It got to the hook pretty quick. It was anthemic, it was up, it had a good pace about it," Dangerous Dave said.

The upbeat, rock anthem, Limitless is the first single off Bon Jovi's new album, Bon Jovi 2020, set for release May 15 and you can hear it first on Triple M.

Our very own Dangerous Dave caught up with Jon Bon Jovi in Nashville to talk about the songwriting process: