Mix MusicAnthony Kiedis, Flea And John Frusciante Play Together Live For The First Time In 13 Years

Anthony Kiedis, Flea And John Frusciante Play Together Live For The First Time In 13 Years 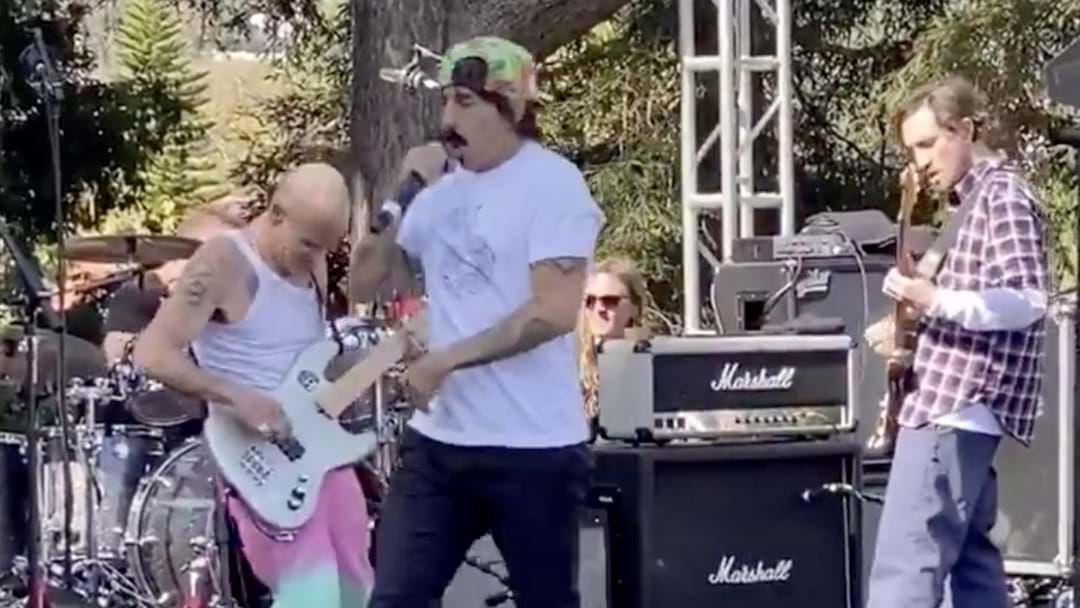 3/4 of The Red Hot Chili Peppers have played live this weekend for the first time in 13 years.

The live reunion comes just weeks after the band announced on again, off again guitarist John Frusciante is back in the band.

Performing at a memorial in the Napa Valley on the weekend, the band (minus drummer Chad Smith) played their own hit Give It Away along with The Stooges' I Wanna Be Your Dog and Gang Of Four's Not Great Men, in tribute to Gang of Four guitarist and producer, Andy Gill, who passed away last week.

Looking happy and healthy, the future for RHCP is looking good.