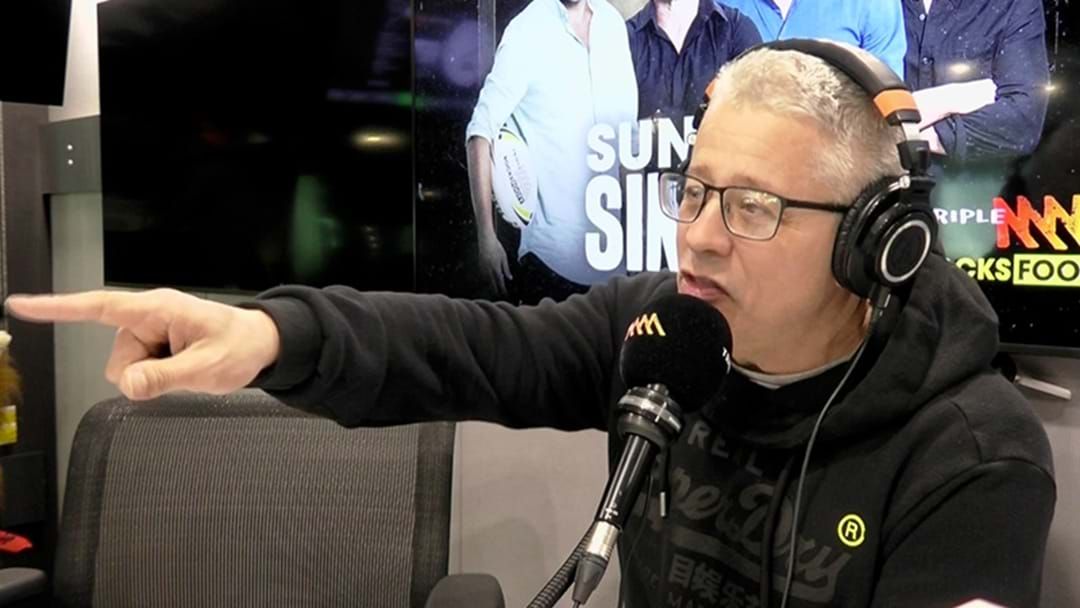 Triple M Sunday Sin-Bin host Anthony Maroon was made to eat his words on Friday night after the Gold Coast Titans won their fifth consecutive game.

Earlier in the year, Maroon foolish said on-air he would get a sex change if the Titans won five games in-a-row.

And now Maroon has "revealed" the full audio but it's be 'doctored' according to fellow Sin-Bin panelist James Hooper.