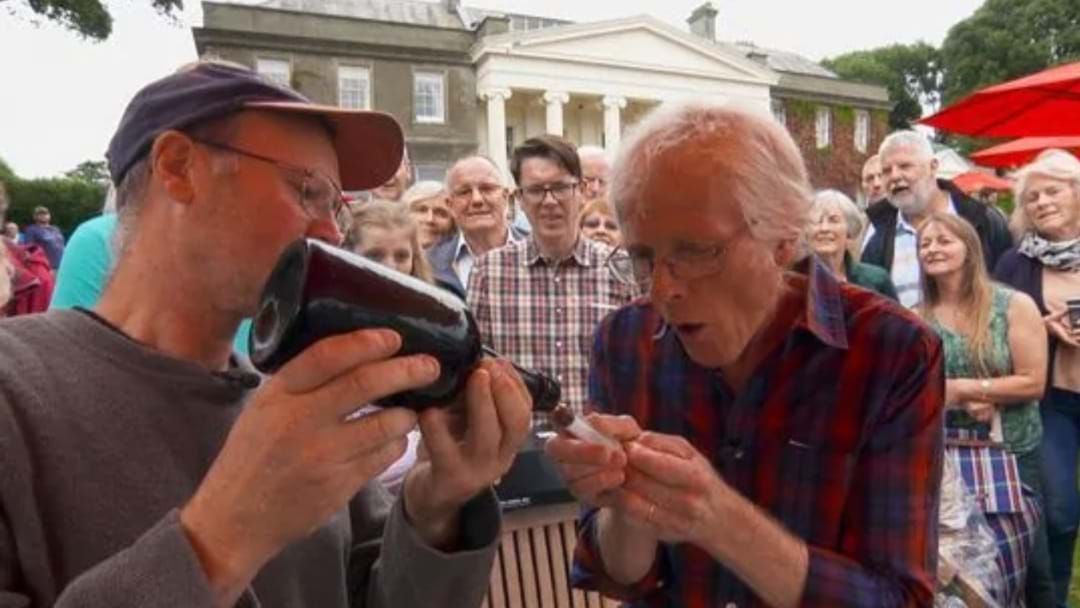 Antiques Roadshow expert Andy McConnell has had a bit of a 'mare taste testing a liquid that turned out to be a 150 year old bottle of urine.

The antique glass specialist withdrew the liquid from the bottle using a syringe and stated that "I think it’s port. It’s port or red wine" upon closer inspection.

Lab tests have since confirmed that the liquid in the bottle was actually a cocktail of urine, rusty nails and hair from 1840.

The concoction was reportedly popular in the 19th century to ward off evil spirits.

The bottle had been unearthed from under the threshold of a local property in southern England.

We don't think he will be diving into any unlabelled bottles in the near future...