For those about to launch, we salute you 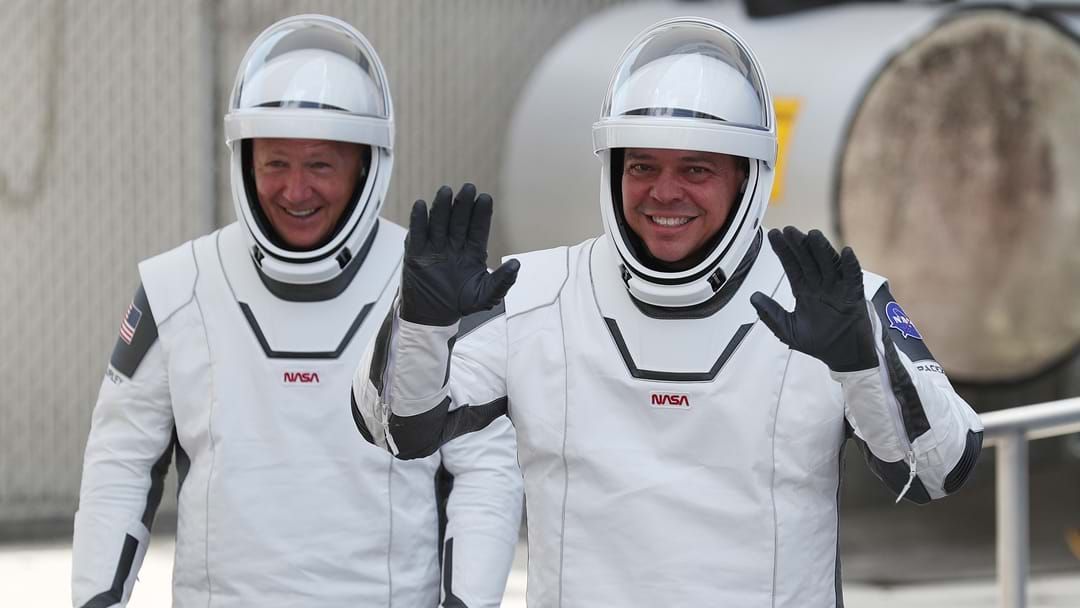 The SpaceX rocket has officially docked at the International Space Station (ISS), with reports that it launched with a Triple M-approved playlist.

During CNN reporter John Berman's coverage of the historic event - it's the first time US astronauts have been sent into orbit from American soil in nine years, since the Space Shuttle was retired - he mentioned that NASA pilots Doug Hurley and Bob Behnken used Aussie rock to get pumped up.

"We were told the astronauts listened to Back in Black from AC/DC on their way to the rocket," Berman said. "In that vein, let's just say, for those about to launch, we salute you."

But Hurley and Behnken's love of rock music didn't stop there; NASA have revealed that the pair's wake-up call was with Black Sabbath's Planet Caravan.

The launch also marks the first time that NASA astronauts have been sent into space on a privately owned rocket, with SpaceX founder Elon Musk saying he was "overcome with emotion" at its success.

"It is a little hard to process. I think at this point I haven't sorted out my emotions," he said.

"This is hopefully the first step on a journey towards civilisation on Mars, of life becoming multi-planetary, a base on the moon and expanding beyond Earth."

One can only wonder when David Bowie's Life on Mars will get a look in.