At Least Five Dead In US Newspaper Office Shooting 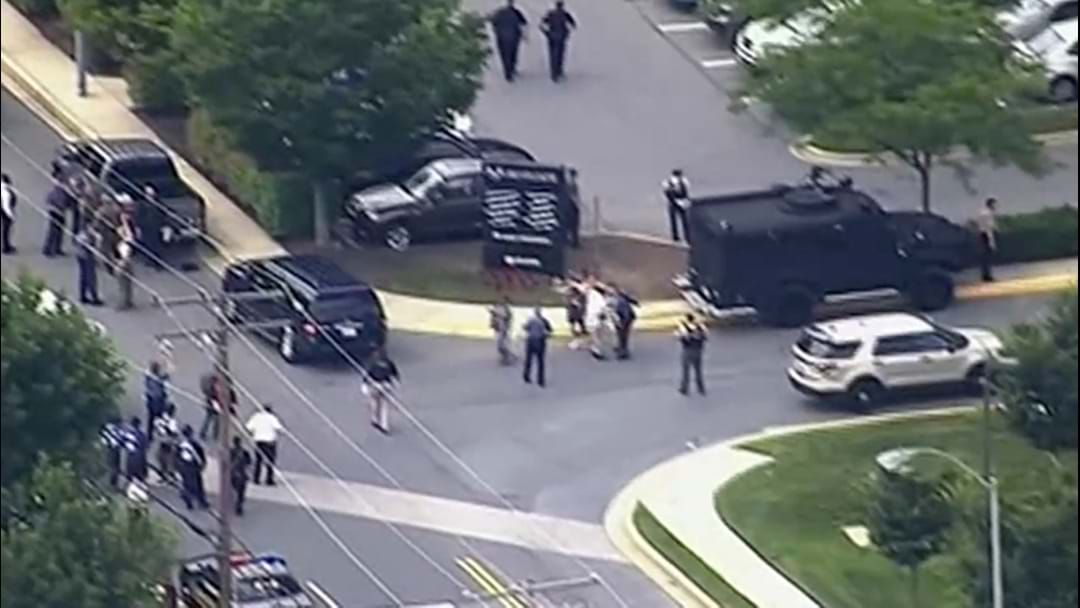 A gunman has fired through a glass door at a newspaper office in the US city of Annapolis spraying the newsroom with gunfire and killing at least five people and injuring several others, authorities say.

The suspect has been apprehended and no motive is known for Thursday's attack at the Capital Gazette office in the Maryland capital city, local political leaders say, adding they believe he acted alone.

A reporter for the newspaper described the scene in the newsroom as being "like a war zone," with reporters hiding under their desks for safety.

Phil Davis, who identified himself as a courts and crime reporter at the Capital Gazette, which runs multiple newspapers in its Annapolis office, tweeted that multiple people had been shot.

Davis said in an interview with the Baltimore Sun, which owns the Gazette, that he and others were still hiding under their desks when the shooter stopped firing.

"But as much as I'm going to try to articulate how traumatising it is to be hiding under your desk, you don't know until you're there and you feel helpless."

For now, the Annapolis shooting is being treated as a local incident and not one that involves terrorism, a law enforcement official said. The Federal Bureau of Investigation is on the scene assisting local authorities, the official said.

Davis later said he was safe and being interviewed by police. The daily newspaper and sister publications has an editorial staff of around 45 supported by a sales and advertising team of about 10 staff, according to the company's website.

Police said they were on the scene in about a minute from the initial call about the shooting.

"My thoughts and prayers are with the victims and their families. Thank you to all of the First Responders who are currently on the scene," Trump said in a tweet.

Police went to the offices of the Baltimore Sun as a precaution, that paper reported.

The New York Police Department said it was beefing up security at New York-based news organisations as a precaution.

"There is no active threat at this time," he said.

Police are checking the building in Annapolis for explosives and whether more than one suspect was involved, Anne Arundel County police spokesman, Lieutenant Ryan Frashure, told reporters.

Live video images showed people leaving the building, walking through a parking lot with their hands in the air. Scores of police vehicles were on the scene.