Only Packing The Essentials. 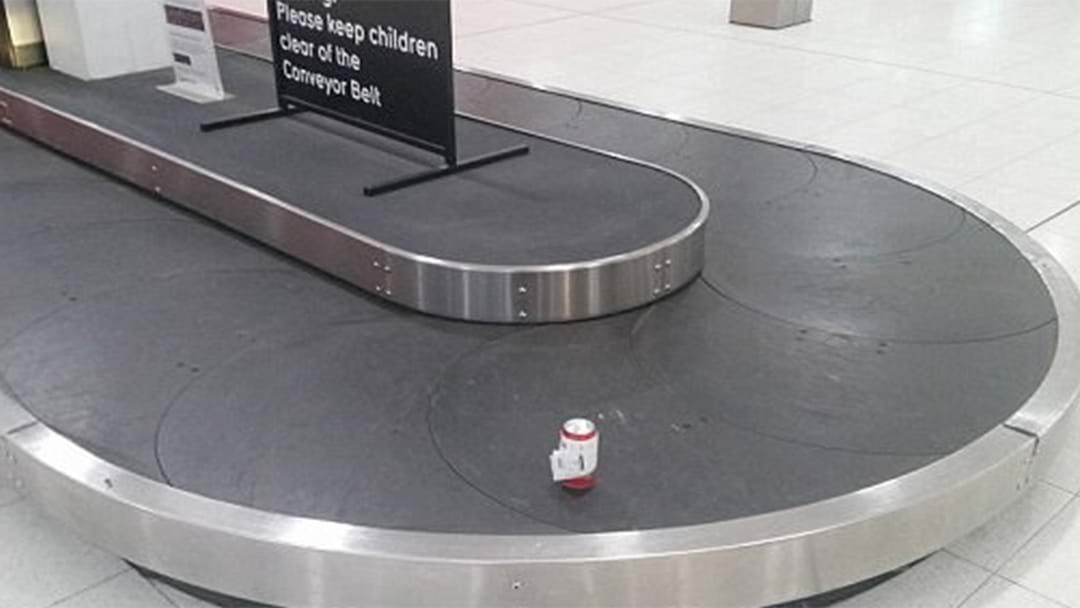 One Aussie bloke seemingly has his priorities in order when it comes to packing for a trip away after 'checking in' a single can of beer for his flight from Melbourne to Perth.

No laptop, no suitcase, just a solitary tinny.

The bloke was travelling to Perth on Qantas flight QF777 and was determined that his Emu Export lager would be coming with him.

The single can was transported along with the luggage of all the other passengers on the Perth-bound flight.

The beer was tagged and sent off to be loaded onto the plane with the rest of the baggage, which the Melbourne ground staff happily did — but not until they had snapped a few pictures of the unusual check-in item.

Dean, the genius passenger-in-question, was thrilled to his lone tinny arrive on the conveyor belt at baggage claim, but did admit that he was surprised it all worked out.

“My mate works at the airport and we hatched the plan as a laugh," he said, "I half didn’t expect it to come out the other end."

“But when it did it was sent out well in front of all the other luggage, so the baggage handlers obviously appreciated it.”

Dean admitted that he was prepared to file a lost luggage report if his precious cargo didn't arrive.