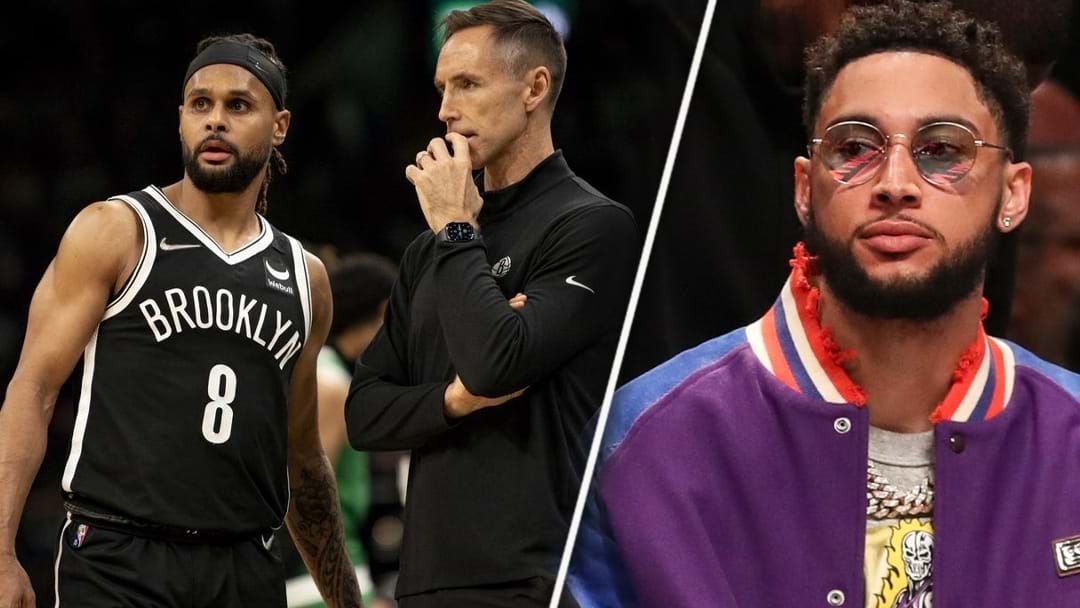 The Brooklyn Nets tragically tumbled out of the NBA Playoffs on Tuesday, dropping all four games to the second-seeded Boston Celtics.

As a surprise to many, the team with perennial scorers Kevin Durant and Kyrie Irving failed to win a game on home soil - bowing out of the first round of the playoffs to the dominant team.

While no loss was decided by more than a 7-point margin, Australian stalwart Patty Mills had little influence on the series, but no less than prized recruit Ben Simmons.

Liam Flanagan discussed the Simmons-Nets developments during the latest episode of the Scorecard...

Rumours circled the NBA world over the past fortnight about Simmons' return to NBA basketball, months after he elected not to play for Philadelphia 76ers before being dealt on trade deadline day.

The Australian star failed to see any court time, despite being reported he would play limited minutes in either game four or five.

Simmons copped another whack from American sports media, after being absent while Brooklyn's season faded into the abyss.

Nets coaching staff believe there was no need to rush Simmons back for one game, if he wasn't ahead of schedule.

Boston advanced and will play the winner of either Milwaukee or Chicago, while the Nets will head into the off-season and begin planning for next season.