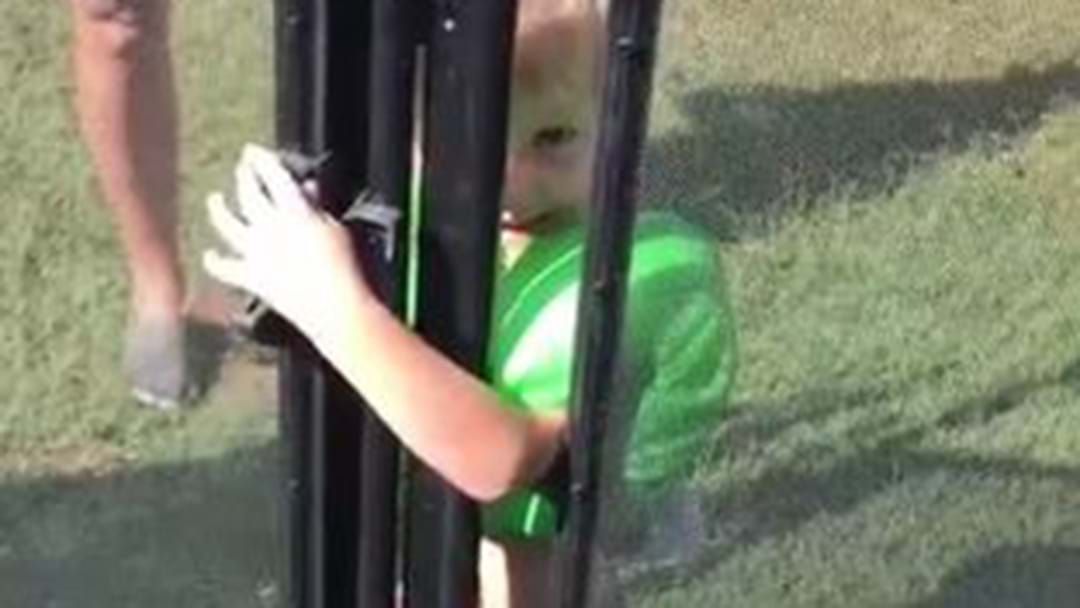 Consumer group Choice began investigating the original Be-Safe Portable Pool Fence in January 2018, after receiving a video of a four-year-old opening it unassisted.

“Curtis cannot swim and made it to the ladder of the above-ground pool before a relative stopped him becoming one of the 15 children who drown in backyard pools each year,” they said.

Manufactured by Hunter Products and is sold exclusively by Clark Rubber, the pool fence is priced from $799.

Choice said the experts consulted during their inquiry “disagree with Clark Rubber's assessment that the original pool fence is safe, describing it as ridiculous and non-compliant".

“They say there are fundamental design flaws – to do with the height of the latch and the gaps around it – that make the fence ineffective at keeping children away from pools,” they added.

In a statement to Choice, lawyers for Clark Rubber say the company has “no intention” of issuing a product recall.

"Given that the Product has repeatedly been certified as meeting the Standard, and the issue experienced remains unrepeated, our client does not intend to recall the Product," they said.

While Clark Rubber sent out revised instruction manuals to existing customers, Choice says the updated fence was “noticeably different” and allegedly fails to the meet the Australian safety standard AS 1926.1-2012.

“Our testing found even this new fence failed to satisfy three other clauses, though the offenses are not as egregious as those that undermined the design of the original,” they added.

Choice has since lodged a formal complaint regarding the fence to the Australian Competition and Consumer Commission (ACCC), who directed questions on a possible recall to a Queensland state regulator, even though the fence is sold to customers across Australia.

A spokesperson for the Queensland Building and Construction Commission (QBCC) says it's investigating the issue.

"The QBCC has made direct contact with the supplier of this product in relation to this complaint,” they said.

“As the QBCC investigation into this matter is ongoing, it would be inappropriate to comment further at this stage.