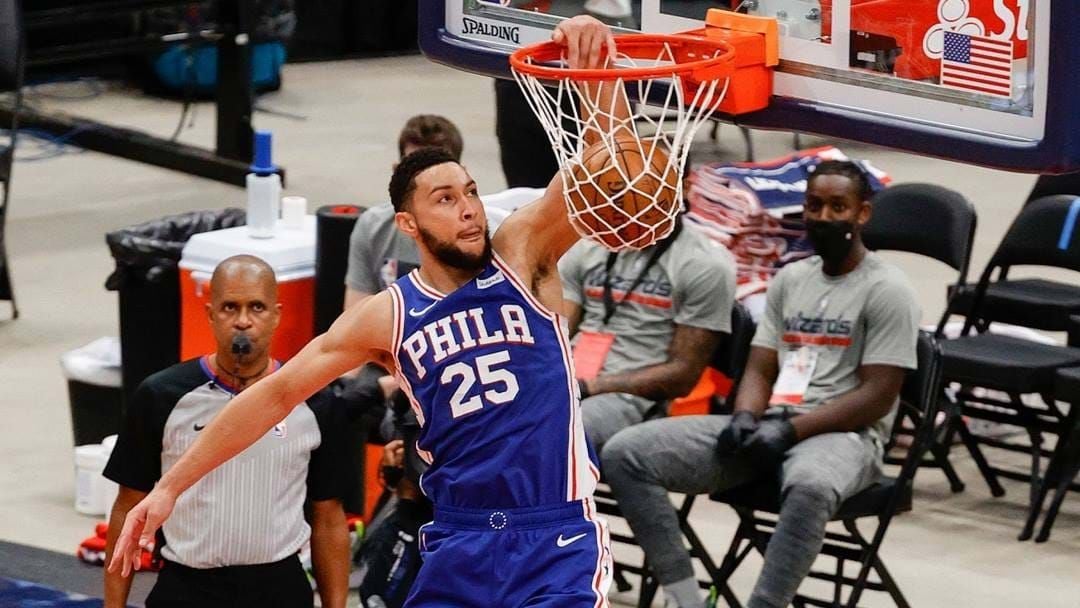 Ben Simmons has helped his Philadelphia 76ers advance into the second round of the NBA playoffs, collecting a triple double on his way to defeating Washington 129-112.

It was his third triple double recorded in post-season matches.

Criticism arrived for the 6-foot-11 Australian, who had his troubles earlier in the series shooting the ball. The performance shut down non-believers on social media who claimed he couldn't lead a team without Embiid.

Coach Doc Rivers defended his star point-centre earlier in the week, knocking back the conversation around Simmons' flaws which has amplified over his career.

"You guys keep this Ben Simmons narrative alive, which to me is insane [with] how good this guy is and all the things he does," Rivers said.

"Celebrate all the stuff he does well, we don't do that enough."

With Rivers' sentiment loud and clear, the latest display from the Australian was a pressure-cooling moment.

Simmons and the Sixers will now prepare for a second-round matchup with Atlanta, who defeated New York Knicks on Thursday morning.

Fellow Australian Boomer Joe Ingles is also set to reach the second round with his Utah Jazz closing out a series against Memphis.